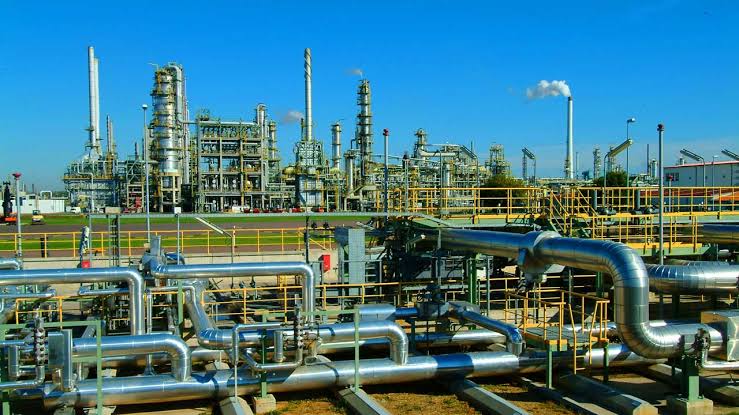 The Women in Energy Network (WIEN) has urged the Federal Government to explore the encouragement of modular refineries as a means of boosting local refining capacity of petrol.

The Network in its Position Paper on the Downstream Oil Sector which was addressed to the Chairman, Senate Joint Committee on Petroleum Resources also stated that government should pursue a deliberate policy of encouraging women participation in local refining by mandating 20-30% women participation in the shareholding structure of modular refineries

The Position paper which was signed by President of the Network, Mrs Funmi Ogbue said it is worrisome that despite the Nigeria’s significant oil wealth and production capacity, the country imports around 90% of the refined Premium Motor Spirit (PMS) that is sold to consumers at petrol stations around the country, as it does not have refineries capable of meeting anything but a minute portion of Nigeria’s domestic demand.

“It is extremely rare for major oil producers to import PMS in such quantities. Nigeria is one of the only members of OPEC (besides the Republic of Congo and Equatorial Guinea) that imports any such products at all. Nigeria’s four refineries have been poorly maintained for decades and operate at a fraction of their actual capacity,” it stated.

It added that, “the Federal Government should not spend any additional funds on repairing or maintaining the refineries but should undertake road shows, investment drives, and other necessary actions to facilitate the outsourced management, privatization or outright sale of the existing refineries while seeking to attract or promote investments in new refineries (such as the upcoming Dangote Refinery).”

The Network called for greater transparency, better efficiency, and a level playing field in the oil and gas industry, stressing that improved governance and transparency would strengthen public and investor confidence in the sector.

It said for instance, presently, the indices used for computing the guiding pump prices petroleum by the PPPRA are not known to anyone outside the agency.

The letter which was signed by President of the Network, Mrs Funmi Ogbue expressed concern that since the discovery of crude oil in Nigeria, several issues have plagued the industry from dwindling oil and foreign exchange reserves, lack of clear or consistent fiscal strategy, lack of critical investment into the sector, exacting rules on tax jurisdiction, among others.

“WIEN joins other industry stakeholders to advocate for an open, transparent, and free market environment with clear rules and regulations guiding competition, consumer protection, health, safety, quality, and the protection of the environment,” the letter stated.

The WIEN said coronavirus pandemic clearly brought to light a reality that has been quite often ignored, that developments in the oil and gas sector impact on all aspects of the Nigerian economy and all groups in the society

The Network said it recognizes that the Federal Government and its relevant Ministries, Departments, and Agencies (MDAs) have recently taken some laudable steps towards repositioning the downstream sector for greater efficiency.

However, WIEN urged the National Assembly to work with the Executive towards the full deregulation of the Downstream Sector

It stated that “While we advocate for the full deregulation of the downstream sector, we are equally concerned about the impact that deregulation will have on transportation and prices of goods and services when crude price goes up, and thus on women considering that they remain at the bottom of the pyramid and mostly small-time traders and farmers.

“WIEN advocates for an arrangement to be put in place to alleviate the impact of deregulation on Nigerian women. We urge government to redirect fuel subsidy savings to investments in short-term to medium-term measures that would help vulnerable groups to cope with increases in price, as well as developing competing alternative fuels for transportation and power generation particularly Compressed Natural Gas (CNG), Liquified Natural Gas (LPG), and renewable energy – which are cheaper and cleaner. Much as we understand that every country is unique, examples abound of how governments can use fuel subsidy savings to build the foundations of new long-term welfare systems (‘fuel subsidy alternatives’). Nigeria must now develop effective plans to reshape her economy and exploit the linkages between the oil and gas sector and other sectors of the economy to achieve agricultural and industrial transformations.

“There is nothing to suggest that Nigeria cannot be like any other successful oil-exporting country and her citizens enjoy the higher quality of life that citizens in these other countries have. But policies and methods of doing things will have to change. WIEN is committed to work with relevant stakeholders for the development of initiatives that need to be put in place to improve the lives of Nigerian women in general and the energy industry in particular”