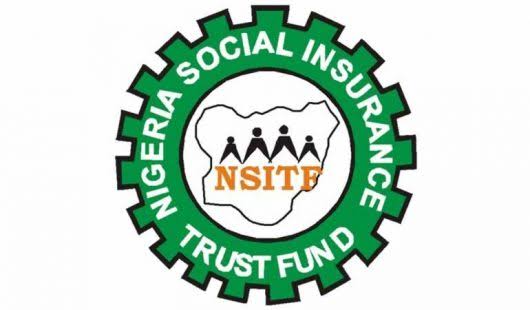 Minister of Labour and Employment, Sen. Chris Ngige had in a statement made available to journalists in Abuja on July 3rd, 2020, said that “President Muhammadu Buhari has approved the immediate, compulsory, and indefinite suspension from Office of the Managing Director/Chief Executive of the Nigeria Social Insurance Trust Fund (NSITF), Mr. Adebayo Somefun” and others.

But a counter response from the Fund said; “We wish to state that President Muhammadu Buhari has not suspended the management of NSITF and did not make such announcement. The person mentioned in the media report is not a staff of the President.

“For clarity, we need to mention that we received a letter from the Hon Minister of Labour and Employment Sen Chris Ngige stating that he is doing a procurement audit on NSITF and that Management is suspended. Meanwhile, the management of NSITF is open to any form of investigation by the appropriate agency as there is nothing that the management will hide or is hiding.

“The Management of NSITF is still discharging its duty as appointed by Mr President.” The Fund, said.

NSITF went on to note that the Minister of Labour’s action is against President Buhari’s directive through the Secretary to the Government of the Federation that stated clearly that no Minister should suspend or sack any head of agency appointed by President Muhammadu Buhari.

Furthermore, a source in the Fund, said that the purported sack of the management of NSITF, was a sole action of the Minister of Labour and Employment, Chris Ngige. Adding that the action did not only negate a recent circular from the Secretary to the Government of the Federation that warns against “arbitrary removal of Chief Executive Officers and its impact on stability and service delivery”, but also puts it to test.

Titled “Approved Disciplinary Procedure against Chief Executives Officers of Federal Government Parastatals, Agencies and Departments”, with a reference “Ref. No. SGF.50/S.II/C.2/ 268-4th December, 2017”, the circular in question stated; “Government has observed with concern, the arbitrary removal of Chief Executive Officers and its impact on stability and service delivery.”

It further reads; “Mr. President has approved the following streamlined procedure for the discipline of Chief Executive Officers of Government Parastatals, Agencies and Departments in accordance with the Public Service Rules (PSR).

“The following procedure shall apply whenever a Chief Executive Officer (CEO) is to be subjected to disciplinary action: When an act bordering on Serious Misconduct against a Chief Executive Officer is reported, it shall be the duty of the supervising Minister through the Permanent Secretary to refer the matter to the Governing Board for necessary action in line with the relevant provisions of the Establishment Act and the principles guiding Chapters 3 and 16 of the Public Service Rules;

“The Board shall in line with due process, issue him/her a query requesting an explanation with respect to the specific act(s) complained about; iii. The Board shall forward its findings and recommendations to the Minister for further consideration and necessary action; In the event that the Governing Board is the initiator of the report on the alleged serious misconduct, the Minister on the advice of the Permanent ensures that sub-paragraphs (ii)&(iii) above have been complied with, fully;

“Where the Chief Executive is also the Chairman of the Board, the Minister, on the advice of the Permanent Secretary, shall apply the principles under sub-paragraph (ii) above;

“The Minister after due consideration of the submission from the Board, shall on the advice of the Permanent Secretary, forward the Minister’s position along with the recommendations of the Board and the explanation of the Chief Executive Officer to the Secretary to the Government of the Federation (SGF) for processing to Mr. President, for a decision;

“Upon receipt of the submission from the Minister, the Secretary to the Government of the Federation (SGF) shall without delay cause an independent investigation and advise Mr. President on the appropriate course of action, including interdiction or suspension in accordance with principles guiding Sections 030405 and 030406 of the Public Service Rules, pending the outcome of the independent investigations;

“It shall be the responsibility of the Secretary to the Government of the Federation (SGF) to further advise Mr. President on the next course of action, based on the outcome of the final investigation;

“In the absence of a Board, the Minister shall, with the support of the Permanent Secretary, function in that capacity in accordance with the provisions of the Public Service Administrative Guidelines; and

“The Secretary to the Government of the Federation shall implement and/convey the approval and directives of Mr. President on every disciplinary case against the Chief Executive Officers in the Public Service.

“Without prejudice to the content, it is expected that this Circular should be acted upon conjunctively with the provisions of the following extant Service Wide Circulars and publication”, and that the circular “shall serve as a mandatory guide and all Ministers of the Federal Republic of Nigeria and any other Public Officer in similar supervisory position, are enjoined to strictly abide by its content.’’

“On no account shall a Minister of the Federal Republic unilaterally or arbitrarily remove a serving Chief Executive Officer, without recourse to the procedure contained in this Circular”.