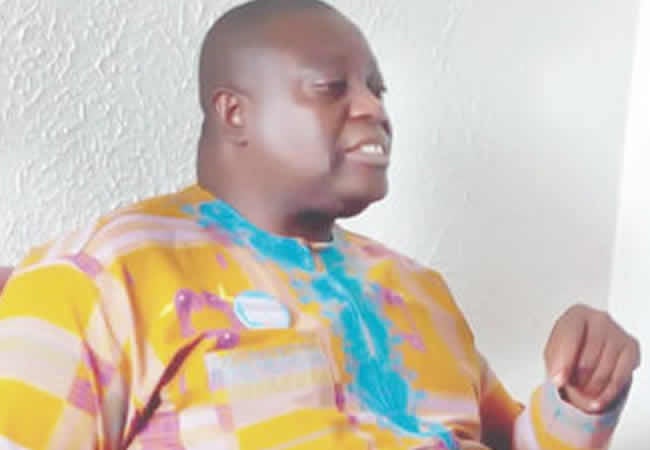 The Joint Health Sector Unions (JOHESU) has expressed optimism that the Federal government would avert a looming strike in the health sector in Nigeria by ensuring that a slated meeting with its members over unfulfilled agreements bothering on Covid-19 Special Hazard Allowances and other issues would be resolved, and thus meet the demands of health workers under their umbrella body.

The National President of JOHESU, Joy-Josiah Biobelemoye, who told journalists on Tuesday in Abuja that his union will be meeting with government at the Ministry of Labour and Employment on Wednesday, 1st July 2020, for a possible resolution, called on his members to exercise more patience even though they are treated unfairly.

JOHESU President also expressed displeasure at the ongoing discrimination within the health sector, especially since the issues of hazard allowances for those managing Covid-19 patients came up.

Biobelemoye said if the meeting failed to address outstanding grievances raised by JOHESU, they might be forced to mobilize their members to vacate their various isolation centres in the country.

Recall that owing to a recent industrial action by the National Association of Resident Doctors NARD, the federal government quickly mobilized N4.6billion to settle their hazard and inducement allowances for doctors for the months of April and May 2020.

Sources at previous meetings noted that all the stakeholders agreed that 50 percent of the basic salaries be paid as hazard and inducement allowances to all staff handling the Covid-19 pandemic.

But JOHESU has alleged that the federal government was reneging on that agreement, a development that has prompted its leadership to issue fresh strike threats.

“We do not pray that the meeting should fail because we are all stakeholders in this fight against Covid-19, but where the unthinkable happens, we will mobilize our members within shortest notice to embark on industrial action, “he stated.

Among other grievances which JOHESU insist must be met includes, adjustment of members salary to align with the Consolidated Health Salary Structure (CONHESS) status, which has been on the negotiating table since 2014 as well as promote those due to directorate levels.

They also want the government to recognize JOHESU members as consultants and pay them special allowances, commensurate with their status,including implementation of 2017 collective bargain agreement.

“For the avoidance of doubt, what was agreed as captured in the Memorandum of Understanding was that the Federal Government agrees to shelve the payment of the existing hazard allowance of N5, 000 being paid across board to health workers.

“In its place, a special Covid-19 hazard and inducement allowance of 50% of the consolidated basic salary is to be paid to all health workers in all Federal Government Teaching Hospitals and Federal Medical Centres and designated Covid-19 centres across the country to last for the first three months in the first instance.

“The Minister of Labour and Employment, Chris Ngige even emphasized that all health workers would benefit and used cleaners, ward-maids, porters, laundry, morticians/mortuary attendants and drivers as example of the beneficiaries”.

“We are very mindful of the consequences of shutting down the health system at this critical period, but we are being forced to toll this path because we entered an agreement to replace whoever is earning N5000 as hazard allowance should be replaced with 50 percent of the basic salary, the payment is now generating huge uproar within the health system.

“Today some machinations have been taking place to redefine who a health worker is, some said other workers should be paid 10percent, for instance the laundry people who collect materials or waste products from isolation centres, these people are sometimes infected in the course of carrying out their job, for somebody to now say they are not the real health workers beats my imagination, some are biological engineers who decontaminate the isolation centres, all these discrimination, segregation is now breeding crisis in the sector, “he stated.