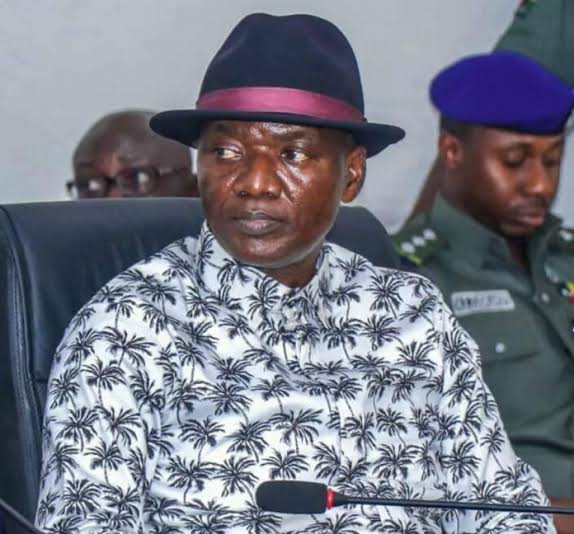 The management of the Rivers State University of Science and Technology (RSUST) has told the Bayesla State Governorship Election Tribunal sitting in Abuja that the State Deputy governor, Senator Lawrence Ewhrudjakpo graduated from the institution.

While being led in his evidence by the Deputy Governor’s lead cousel, Mr. Chukwuma-Machukwu Ume (SAN) on Wednesday, the Directorate of Legal Services at the university, Mr. Fyne Le Amanie informed the tribunal that Senator Ewhrudjakpo graduated from the institution in the 1996/1997 academic session.

The confirmation came on the heels of a petition filed by a candidate of the Liberation Movement (LM) in the November 16, 2019, governorship candidate in the state, Mr. Vijah Opuama challenging Ewhrudjakpo’s qualification to stand election.

He alleged in his petition that the deputy governor submitted a forged exemption certificate of his National Youth Service (NYSC) certificate to the Independent National Electoral Commission before the election.

The petitioner further told the tribunal that there were discrepancies in the name of the deputy governor on his NYSC exemption certificate.

But clearing the controversy, Fyne Le Amannie told the tribunal that the deputy governor actually graduated from the school.

Amanie, a subpoened witness who testified as RW4 explained that although the deputy governor graduated in 1996/1997 academic session, “but that the ceremony took place in 1998.”

The witness who was led in evidence by counsel to Senator Ewhirudjakpo, Chukwuma-Machukwu Ume (SAN) said he has been a staff of the institution for over 30 years.

“I am a legal officer in the Department of Directorate of Legal Services, Rivers State University. I was served with the subpoena of the tribunal on June 11, 2020.

Making clarifications on the controversy surrounding his National Youth Service Corps (NYSC) Exemption Certificate, of the the deputy governor, Amanyie said that his surname was misspelt, adding that Instead of Ewhrudjakpo, the name was misspelt as Ewhrudjakpa.

“He wrote a letter to to the university dated January 1, 2000 complaining that his name was misspelt in his degree certificate and that it should be corrected.

“The 4th respondent applied to the university for the correction of his name through the Exams/Record Department.”

The witness tendered some documents including the Certified True Copies (CTC) of spread sheet of result of part time students of the University of 1996 including the CTC of the convocation brochure of the school.

“The 4th respondent (Ewhirudjakpo) graduated in 1996 but the ceremony took place in 1998”, he told the tribunal.

On his part, the Deputy glGovernor had told the tribunal that there was an error in his NYSC Exemption Certificate, which he explained was the fault of NYSC, adding that it was corrected when he applied to NYSC authorities.

Others who testified were a Principal Registrar II with the High Court of the Federal Capital Territory (FCT), Musa Garba who tendered some documents including an enroll order of the court, the Director Legal Services of the Department of State Security Service, Ibrahim Adbulsalami who tendered copies of correspondence between the Service and the NYSC in respect with the forgery allegations.

Under cross examination, the DSS admitted that the deputy governor was not invited during its investigation into the allegation.

According to Ibrahim, “we did not interface with the 4th respondent or interview him in the course of our investigation.”
Subsequently, the three-member tribunal adjourned the petition for the adoption of final written addresses by parties.