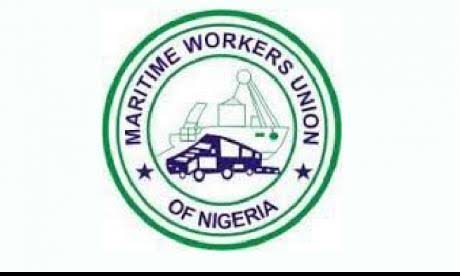 Maritime Workers Union of Nigeria (MWUN) says it has put on hold its planned withdrawal of members’ services from all ports, jetties and terminals nationwide.

In a statement made available to The Labour, the President General of MWUN, Mr Adewale, who disclosed this to journalists on Thursday, stated; “on May 10, we issued a press release, announcing the unlawful arrest and detention of 20 dock workers in BUA/PTOL terminal in Port Harcourt Port, Rivers State by the Governor Wike Rivers State Task Force on enforcement of COVID – 19 lockdown order.

“We also clarified that these categories of port workers dock workers; were on essential services as recognised by the Presidency and were thus, handed ‘essential port duty pass’ to enable them move freely to and from their work places.

“Consequent to the action of the Rivers State Task Force, the leadership of the union met and mandated the issuance of a press release to bring to public awareness the situation our members working at the Port Harcourt ports.

“In the said same press release, the union issued a 48-hour ultimatum, within which period we demanded the unconditional release of our comrades, failure which we would withdraw the services of our members in all ports, jetties and terminals in the nation.

“Comrades on the basis of our demand, well meaning Nigerians intervened and consequently effected the release of our Comrades – dock workers while charges against them have been dropped,” he said.

Adeyanyu noted that in view of the new development, the leadership of the union met and mandated the announcement of suspension of the planned withdrawal of its members in all ports, jetties and terminals.

“We thank the federal government, stakeholders, security agencies, port users, employers, our regulators, Nigeria Labour Congress, our members and the general public for their support in this trying period,” he said