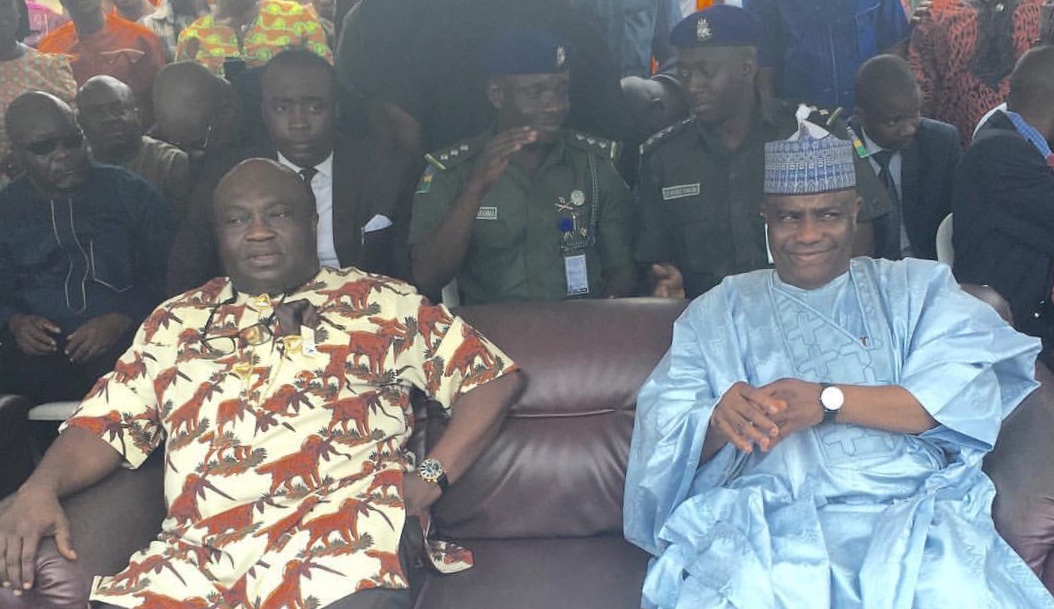 Okezie’s emergence was announced on Wednesday’s night in Abuja at the end of the PDP’s Governors’ Forum’s first meeting under the chairmanship of the Sokoto state governor, Hon. Aminu Waziri Tambuwal in Abuja.

The meeting, which lasted for about three hours, was held at Shehu Shagari House, the Sokoto state governor’s lodge in Asokoro, Abuja.

Fielding questions from journalists at the end of the well attended meeting, Gov. Tambuwal disclosed that the forum discussed matters of its national spread and development, how it would be strengthened to meet future political challenges and myriads of issues affecting the nation.

In a communique issued by the forum and signed by Gov. Tambuwal, forum congratulated the PDP over “the recent Supreme Court verdict”, that brought Senator Diri Duoye and his Deputy, Senator Lawrence Ewhruojakpo, to power.
The PDP Governors’ Forum specifically applauded the apex court’s Wednesday’s affirmation of the November 2019 Bayelsa State Gubernatorial Elections.

While ushering Senator Duoye into the meeting and the Forum, the body, according to the communique, “expressed joy that the Supreme Court was not misled to change its earlier judgement.”

The party expressed the hope that justice will be done in the case of the Imo State Governorship election by returning the rightful winner of the election, Rt Hon Emeka Ihedioha as Governor of Imo State to office.

According to the Governors, “We request the Supreme Court to, also, in the spirit of fairplay, reverse its decision in the Imo State Governorship as a result of the extra-ordinary circumstances that attended the decision”.

In attendance st the meeting were; the Chairman of the PDP, Prince Uche Secondus and governors of Abia, Adamawa, Akwa Ibom, Bauchi, Bayelsa, Delta and Taraba.

The governor of Zamfara was represented by his Deputy, Barrister Mahdi Aliyu Muhammad.
Other stakeholders at the meeting were some members of the PDP National Working Committee (NWC).