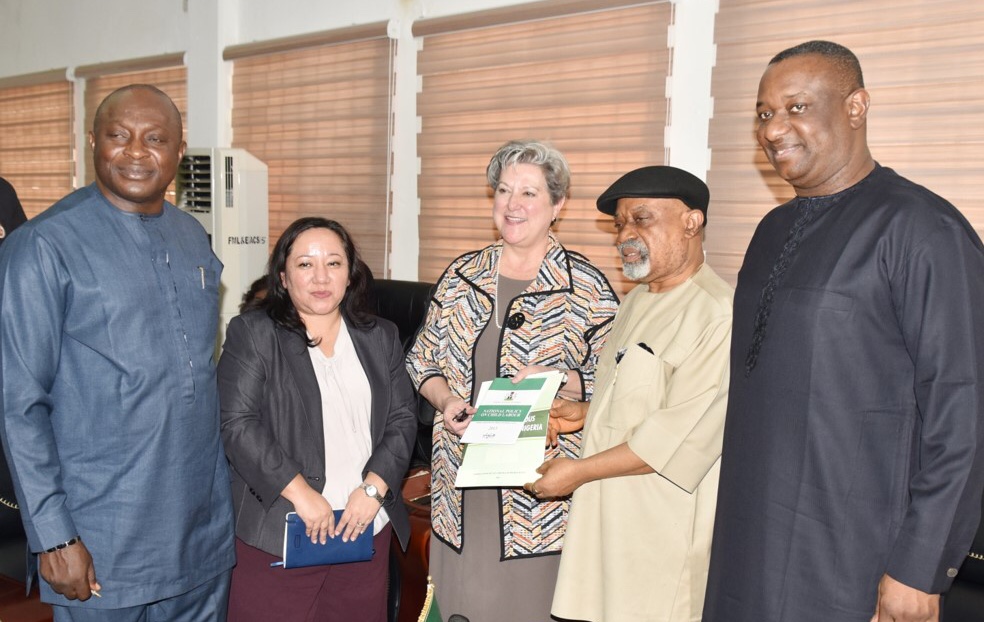 The United States government has given Nigerian government conditions under which the recent visa policy, affecting six countries, Nigeria inclusive could be reviewed.

Mrs Mary-Beth Leonard, United States Ambassador to Nigeria gave the conditions during a familiarisation courtesy visit to the Minister of Labour and Employment, Chris Ngige on Tuesday in Abuja.

Leonard said that the policy will be reviewed once Nigeria improves her data intelligence, such that it would be easy to investigate any immigrant wishing to visit her country and meet information sharing systems, the ban might likely be reviewed.

Recall that US recently announced that it is expanding its curbs on immigration to include six more countries, including Nigeria, Africa’s most populous nation.

This development means that citizens from Nigeria, Eritrea, Sudan, Tanzania, Kyrgyzstan and Myanmar will now be blocked from obtaining certain types of visas.

” What Mike Pompeo, US Secretary of States said was something that was meant to be temporary. And it is about problems with information sharing which are investigable, achievable and resolveable.

“We look forward to Nigeria in a very short while being able to meet those information sharing goal so that the decision can be reviewed.

“Also, students visas are not affected by the current visa ban, ”she said.

On diversification policy, Leonard said there was need for skill set of Nigerians to be effectively harnessed and internationalised, such that they would not be seen as illegal immigrants when they go abroad to work.

She however, called on the Nigerian government to capture the entrepreneurial spirit in the informal sector by bringing it on board into the formal sector service to enhance employment opportunities in the country.

In response, the Minister called on the US government to assist Nigeria to build schools in the areas where child labour is an endemic in the country.

“We have done a total of 14,000 labour inspection out of which we detected about 3,900 child labour defaulters and we have empowered them economically and encouraged them to go to school or learn skills,” he added.