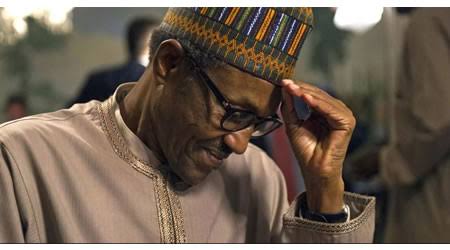 The Nigeria Labour Congress (NLC) has called on President Mohammadu Buhari, to make a decisive decisions and take actions to reverse the current terrifying state of insecurity in the country.

NLC also told President Buhari to remember the assurance of reducing insecurity to the barest minimum he promised Nigerians via his campaign promises in 2015, saying that the reverse is the case today as all recorded progress on the fight against Boko Haram seem to be a mirage.

Briefing newsmen in Abuja yesterday during the opening section of its National Executive Council, the president of the Congress, Ayuba Wabba, in a statement said that its decry against insecurity is not a case of pointing accusing finger to anyone but a clarion call for decisive actions to be taken against the alarming state of insecurity that is so evident even in the capital territory.

The Congress went on to add that even the controversial Amotekun security outfit of the South West was a regional response to relentless killings, abductions, kidnappings and other crimes in that region.

In part, the statement read; “We do recall vividly that one of the cardinal campaign promises that brought to power Muhammadu Buhari in 2015 was his assurance to restore security to a traumatized people and a nation torn by strife, especially, the insurgency in the North East. Swathes of land in the North East were under the occupation by Boko Haram insurgents.

“Bombs went off with a blood curdling regularity at city centers leaving in their wake, charred remains of humans and property as the insurgents terrorized the country. The North Central was not spared as it became the epicenter of confrontations between herders and crop farmers that often resulted in carnage after carnage. The Boko Haram insurgency represented the most manifest and grievous of these threats for obvious reasons: scope, frequency of killings and destruction, and threat to sovereignty.

“Similarly, bombs stopped going off in our cities as government pronounced them defeated. Other flash points were brought under considerable control, occasional criticisms notwithstanding. In a nutshell, Nigeria got its groove back.

“However, of recent, and on a sustainable basis, the Boko Haram insurgents have been hitting soft and military targets on a scale and regularity that makes one wonder if the gains of the past have not been reversed or wiped out. For example, at a stage, all the access roads leading to Maiduguri were taken over by the insurgents often dressed in military fatigues. Bus loads of commuters were either abducted or slaughtered.

“From their fall-back positions, the insurgents seized the initiative unleashing terror and mayhem on our military and civil populace. In a triumphal act of devious ingenuity, they yanked off Maiduguri and its environs from the national grid, plunging the place not only into darkness but causing a major disruption.

“Today, major access roads to Maiduguri are still under occupation by Boko Haram who unleash terror on hapless civilians and retreating military. This is not hearsay because the facts are very much in the open on a daily basis. Moreover, we have our members (NULGE, NURTW, MHWUN, NUT, Nurses, ASUU, etc) spread across the state, some of whom have been victims.

“Zamfara and Katsina States are in the vortex of renewed violence necessitating strafing by our Airforce in addition to manoevres by ground troops. There are renewed killings in the North Central, in particular, Plateau and Benue. People travel on the highways at their own risk.

“Indeed, the controversial Amotekun was a regional response to relentless killings, abductions, kidnappings and other crimes in the South West.

“We seem to have come to full circle. And all segments of our society including the National Assembly are agreed that time has come for new thinking, new strategies and hard decisions. Accordingly, we urge Mr President to make decisive decisions to reverse the current ugly narrative!

“We must rein in now the desperate elements and disparate forces in the land that threaten to overwhelm us. Time is of essence. In all of this and on all fronts, there is one recurring question, “where did we go wrong?“