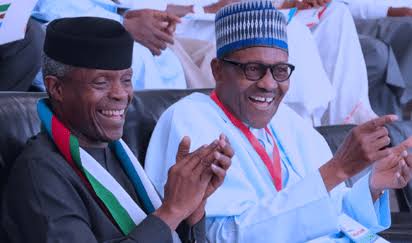 The Trade Union Congress of Nigeria (TUC) has called on all political office holders in the country, to use the Christmas holidays to reflect on all their actions and inactions as leaders, bearing in mind that the major hindrance to Nigeria’s progress in general is ‘inept leadership’.

TUC also said that the seemingly act of directly or indirectly denying citizens what is due them in a democratic government, but claiming to be brokers of a better tomorrow for the country and lovers of God is hypocrisy. It therefore urge politicians to be true to their countrymen, adding that posterity will eventually judge every contrary actions that melts hardship to the masses.

Contained in a Christmas statement jointly signed by its president and general secretary, Comrade Quadri Olaleye and Comrade (Barr.) Musa-Lawal Ozigi, respectively, the Trade Union Congress sadly queried how Nigeria government expects to better the lives of the citizens when “Virtually all policies of government are wrongly placed and benefits nobody at the end.”

In part, the statement reads; “This rob-my-back I rob yours kind of government” mischievously orchestrated by a few negates the tenets of Christianity and humanity. We are tempted to think that our leaders do not really ponder on God’s love for all at all. An environment devoid of crises attract development and peace.

“Ours has been a tale of woes. Joblessness has led a substantial number of the youth into crimes, ranging from kidnapping, robbery, ritual killing, cyber crimes, etc. The peak is the terrorism and suicide we are being faced with presently. This is not who we are; we need to find our real identity.

“We are a country in dire straits and we require all hands on deck to get it fixed. We are expected to reciprocate this by first, doing His Will and also showing love to our neighbours. This is the time when our thoughts and deeds must reflect God. We cannot claim to love God but hate and deny people what is due to them. It is called hypocrisy.

“Our staple food for the season is rice. How many Nigerians can afford it today? Almost nobody. Some have blamed it on the border closure but as a reputable organization we blame it on greed; corruption, inept leadership, etc. Virtually all policies of government are wrongly placed and benefits nobody at the end.

“How do we explain it that in a country adjudged to be the poverty capital in the world; a country that lacks basic health facilities, infrastructure and has never spent up to 10 per cent of her annual budget on education be talking about spending a whopping N37bn just for National Assembly renovation? It is ridiculous and unheard of.

“We condemn criminality no matter the shade it comes; but it is not enough to do so. What plans does government have in place to give the youths a sense of belonging? We must begin to set our priorities right. If we claim to love God but hate our neighbour we are already in contradiction with ourselves.

“We must be willing to give a helping hand to those in need, succour and comfort to the vulnerable, etc. At Christmas, we are expected to spare time to contemplate, and not to dwell on the mundane things of the world. We are strangers on this part of the earth and it is important we live with this consciousness so that when we return home we shall be in peace with ourselves.

“In the midst of all these, we must pay a special tribute to President Muhammadu Buhari for being worker friendly in the following areas; minimum wage, pension, budget support fund to clear salary arrears, etc.

“In conclusion, as we celebrate, let us be human and kind enough to remember and show some love to the less privileged. Religious garb is not enough if we ignore personal essentiality. To achieve a better society we must have a rethink. The change we seek can only come if we all begin to do the right thing, especially the public officers.”