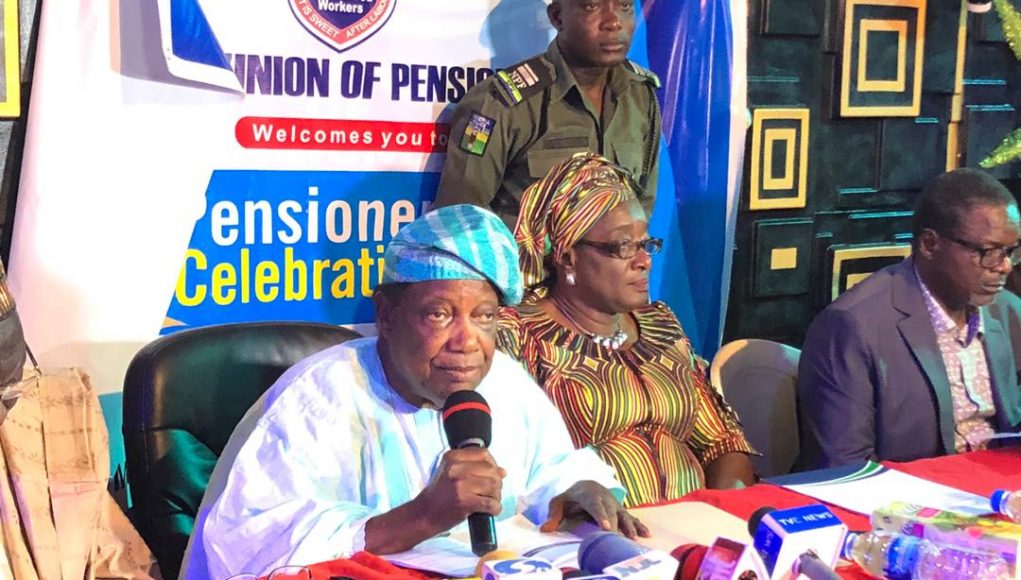 As a result of many recent issues (corruption and others) surrounding pension in the country, the Nigeria Union of Pensioners (NUP) has called on President Muhammedu Buhari, to create Ministry of Pension in order to give all activities relating to pensions and of course, the welfare of retirees the attention it really needed.

President of the union, Dr. Abel Afolayan, who made the demand at the 2019 edition of pensioners day held in Abuja and simultaneously at all state capitals in Nigeria, said the ministry, when established, would in no small measure bring end to many issues associated with pension and the pensioners.

He also added that ministry if created would also handle other related issues as practiced by in developed countries of the world.

“The Union will very much appreciate it if the Buhari-led administration whose mantra of change has been globally acknowledged can approve the creation ofa full-fledged Ministry of Pension and Senior Citizens Affairs in line with or like the Ministry of Women Affairs and Social Development. This Ministry, if created, will cater adequately for the welfare of pensioners, old people and senior citizens throughout Nigeria as it is practised in developed countries of the world.

“Closely related to this request is the retention and strengthening of National Pension Commission (PENCOM) and Pension Transitional Arrangement Directorate [PTAD). We request that these two pension agencies [the former in charge of Contributory Pensmn Scheme and the latter in charge of the Defined Benefit Scheme (DBS) be retained and strengthened as parastatals under the proposed ministry.”

The union also pleaded to president Muhammadu Buhari to ensure that government revert the regular payment of 5% counterpart fund into the local government fund which government stopped sometimes ago without any explanation.

Afolayan went on to decried that the stoppage of the payment has adversely affected regular payment of monthly pension to local government pensioners and primary school pensioners who are being paid from the fund.

“One major problem confronting our members’ agonizing situation which we would like the Buhari administration to look into passionately is the Federal Government’s failure to pay regularly their 5% counterpart fund into the local government fund which was started as prescribed by government but stopped sometimes ago without just cause whatsoever. This stoppage as been adversely affecting regular payment of monthly pensions to the Local government pensioners and primary school pensioners who are being paid from this fund.

“It is a tripartite funding by the three tiers of government. We plead with the federal government to direct strict compliance with this counterpart funding. We hope the Federal Government will lead the way by showing the example and paying its share of the counter part funding.

“We have made this request umpteen times. We would like to repeat it again. In orderto make life easier for pensioners, we respectfully request that pensions should be made first line charge. This will enable early payment of pensions before payment of workers’ wage as a mark to honour and respect for the senior citizens.”

On the issue of minimum pension, the union berated that the government has not complied with the Nigeria Constitution Section 173 (3) and 210 (3) which stated that pension should be reviewed every five years or whenever workers’ wages are reviewed or whichever comes first.

Even though the provision applies equally to federal and state governments, the union stated that none of the two tiers of government has adhered to it.

He said that pensioners were due for pension review in 2015 but they were not considered for my review that year adding that the increase accrued from the 2010 review are yet to be paid by many states.