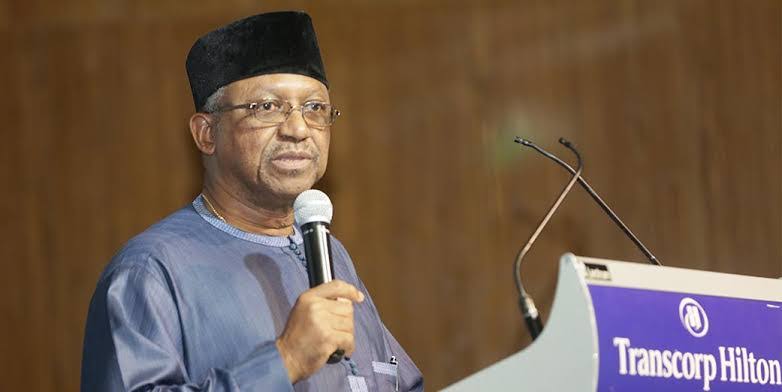 Worried over the mass exodus of health personnel to other countries and the high rate of out-of-pocket payment for health services, the Nigeria government says it is committed to institutionalize policies, develop human capacity and improved infrastructure as a means to address the aforementioned issues, and provide quality health care delivery in the country.

The Minister of Health, Dr. Osagie Ehanire, made this known at the 3rd annual health conference organised by the Association of Nigeria health journalists (ANHEJ), with the theme: ‘Nigeria’s growing population: Any hope to achieving UCH and SDG3?’

According to him, the policies and improved infrastructure would discourage medical tourism which has resulted to the loss of financial resources to the country to the tune of about a billion US dollars per annual.

The Minister added that, “It will also reduce out of pocket expenditure if it is well organised and above all reduce the horrific indexes you hear about Nigeria health system of the various deaths that we hear on daily basis.

“If we have a well functioning universal health system, it will reduce those figures. It will also be able to better make use of the experts in the health sector, many of whom are known to be leaving the country to go abroad for more and better opportunities.”

Chairman, House Committee on Healthcare Services, Hon. Yusuf Sanunu who faulted governments claim of haven enrolled close to 5 per cent of Nigerians in health insurance, said it was a speculation without genuine statistics to prove it.

“One major challenge in achieving Universal Health Coverage in Nigeria (UHC) is the issue of National Health Insurance Scheme. UHC as initiated is not meant to be sponsored by out of the pocket expenses. It is supposed to be a strategy to pull huge sums of fund to attain health care of every member of a community.

“When you look at Nigeria right now, we have serious challenges as far as health insurance is concerned. The coverage so far, from data available is less than five per cent for population of almost 180 million and above, even though there is the issue of which denominator are we using to arrive at the percentage in the country. It is still an assumption.

“That only five per cent are covered by the NHIS doesn’t speak well for the country.”

Earlier in his welcome address, the President of ANHEJ, Hassan Zaggi, disclosed that the annual health conference was part of deliberate effort to stimulate discussions and come up with workable solutions that would bring the needed improvement in the health sector.

Meanwhile, Journalists in the health sector have vowed to hold Nigeria government accountable to ensure establishment of more Primary Health Care Centres (PHC’s) and deployment of ambulances along strategic points on the highways as contained in the Basic Health Care Provision Fund (BHCPF) before its next health conference.

This was contained in a communique issued at the end of the ANHEJ conference, which further called on Federal and State governments to prioritise the provision of health insurance for majority of the country’s populace

Other recommendations put forward includes; “The Federal Government should fashion out workable modalities to ensure that more Nigerians are covered by health insurance for easy access to health services.

“More investment in the health and reduced inefficiencies in health system and raise the accountability bar. Education and empowerment of more women which would engender delayed marriage, childbirth and increase uptake of family planning.”

Highlight of the conference was an award ceremony to deserving Nigerians who have contributed immensely to the growth and development of the health sector over the years.