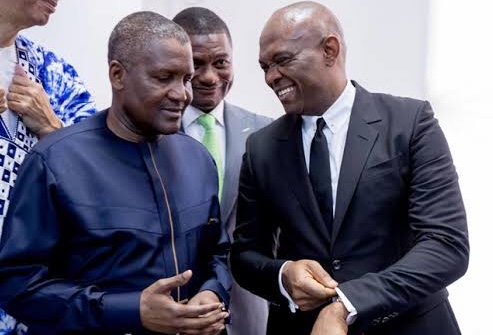 Explaining the importance of the award, Sen. Ngige further said, “No nation can enhance the quality of life of its citizenry as well as be self-reliant and competitive in the international market without productivity improvement in all sectors of its economy. Productivity is indeed the most important determinant of socio-economic growth, wealth creation, employment generation and overall improved standard of living.

“Given this cardinal role of productivity, it is imperative-that the citizenry be consistently reminded of the need for developing a productive mindset that would ensure the productive growth of all sectors of the economy.”

The Minister went on to say, “It is pertinent to state that since the inception of the National Productivity Day (NPD), the following milestones amongst others are being pursued: lnstitutionalizing productivity consciousness and excellence in service among workers and organizations in both public and private sectors in Nigeria emphasizing hard-work, high performance, efficiency, discipline, dedication, humility and patriotism.

“According workers and organizations proper and due recognition for hard-Work, high performance, high productivity and research achievements; Ensuring high level of effectiveness and efficiency in the implementation of policies and programmes of various public services; Encouraging and foste1ing the spirit of competitiveness amongst workers, firms and companies in Nigeria; Building and encouraging the spirit of entrepreneurship and selfreliance; Identifying and rewarding the most productive workers and organizations in both public and private sectors of the economy.”