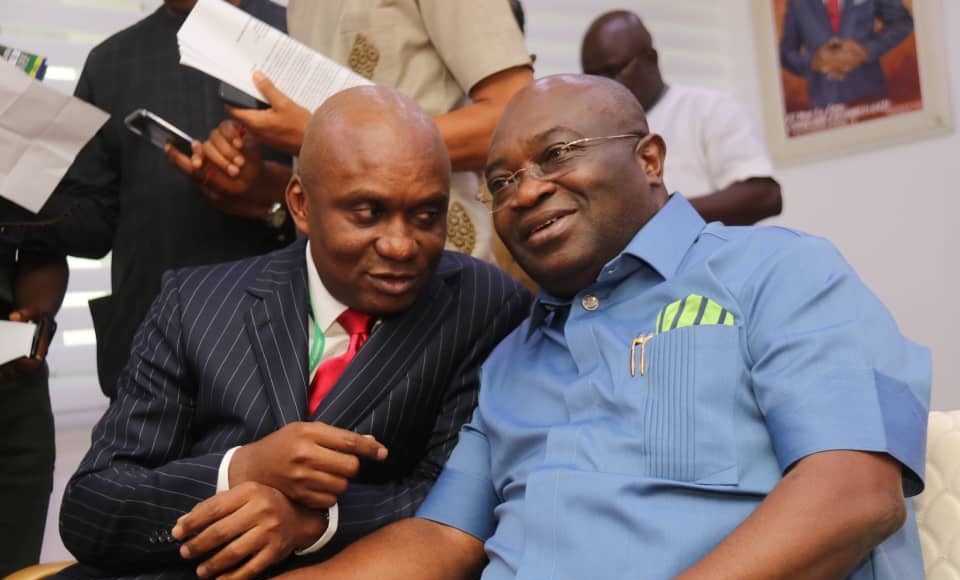 Termed “Budget Of Economic Repositioning”, Governor Okezie Ikpeazu stated that the budget outlay is slightly less than the One Hundred and Forty Billion, Nine Hundred and Forty-Four Million, Eight Hundred and Eighty-Five Thousand, Seven Hundred and Seventy Naira (N140,944,885,770) for 2019. He added that the moderate decrease was as a resolve of his administration to formulate a realistic budget, while working hard to improve revenue generation and apply prudent
expenditure approach.

He further said that in spite of the economic challenges, Abia State government is determined to reposition the State on a new foundation for growth.

He went on to reiterate that Abia State keyed into the State Fiscal Transparency, Accountability and Sustainability as well as other partnership initiatives with the aim of enhancing efficiency in its financial processes and would continue to sharpen the process of participatory budgeting with the involvement of communities, civil society groups, private sector agencies and other stakeholders.

Furthermore, he informed that the draft estimates are intended to strategically strengthen his achievements in such
areas as creating conducive environment for local and foreign investors, providing opportunities for human capital development, revitalizing social services as well as building critical infrastructure for sustainable development, while adding that “our watchword in the 2020 budget implementation shall be Prudence in State Resource Management”.

Onward, Ikpeazu stated said, “In preparing this 2020-2022 Multi-year Budget, consideration was given to effective and efficient resource allocation and utilization.” adding that certain factors were considered including; prioritization of peoples’ needs, identification and harmonization of revenue generating windows, re-jigging of Agencies, among others.

The State chief executive maintained that in the 2020 fiscal year, “we shall further strengthen Governance with renewed commitment to people’s well being through intense citizens engagement and Community Needs Identification Initiative (CNII) in project selection to meet the Community Charter of Demand (CCD).” He said that his focus remains to change the economic development template of the State, and strategic partnerships shall be the fulcrum and main driver of the vision for the year 2020.

Assuring the House of administration resolve on ongoing projects in the state, he said; “In 2020, we will work to ensure completion of ongoing projects while re-envisioning new ones that will open new frontiers.

He also stressed that his determination to eliminate waste and unjustified expenditures that are not directly linked to the policy objectives espoused in the document.

While he thanked members of the State House of Assembly for their immense cooperation to the executive arm of government which has made it possible for the acceleration of the socio-economic development of the State, he promised that he shall endeavor to be prudent in the management of the resources available to the State.

In his remarks, the Speaker, Abia State House of Assembly, Rt. Hon Chinedum Orji, commended the Governor for the timely presentation of the budget estimate to the House of Assembly and promised that the house will ensure speedy passage of the Bill.

He pledged that the legislators will support the Governor through their oversight functions which are not meant to witch-hunt anyone but to realize the Governor’s projects.