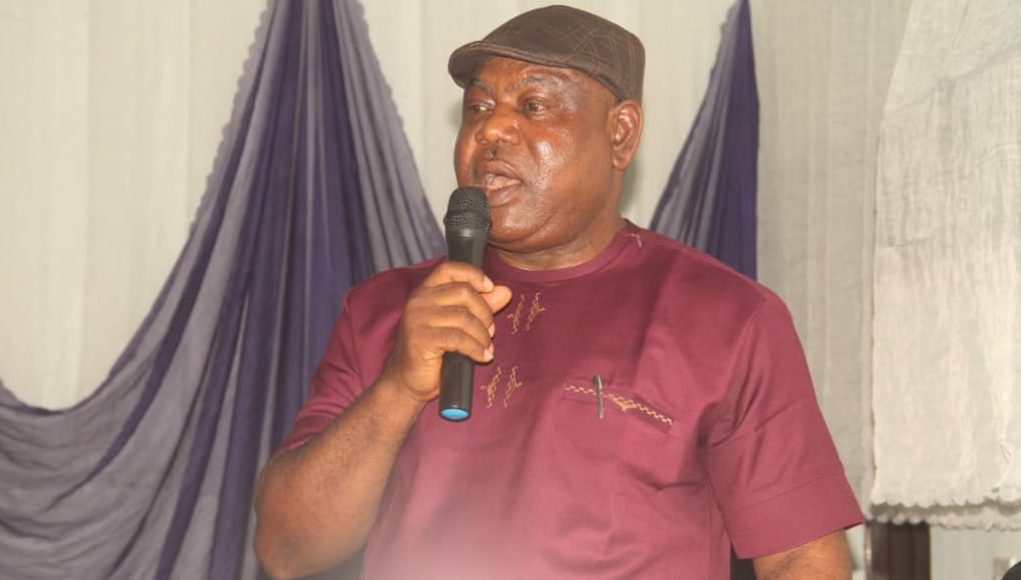 The Senior Staff Association of Nigerian Universities (SSANU), has called on the federal government to make public audit reports of all disbursements of Earned Allowances for the sake of transparency, and importantly as a guide on subsequent disbursements.

SSANU also demanded that government should without further delay, release the balance of N30b Earned Allowances in the interest of industrial harmony in the universities.

While the non teaching staff union of the universities in a communique signed by its national President, Comrade Samson Ugwoke and the national Public Relations Officer, Comrade Abdussobur Salaam, at the end of its 37th National Executive Council (NEC) meeting at Adekunle Ajasin University, Akungba Akoko, Ondo State, commended the government for the closure of the country’s land borders, saying that the action of government has improved on local production sector especially in agriculture.

However, the Union decried the deplorable state of Nigeria roads and called on the Federal Government to declare a state of emergency on roads. And also reiterated its support for the enrollment of its members to the Integrated Payroll and Personnel Information System (IPPIS).

According to the communique, “NEC in Session noted with great disappointment that the state of Nigerian roads are getting worse and more dangerous to traverse by the day. Coming from various parts of the country, members narrated the hazardous experiences they had on roads which have become death traps filled with pot-holes, gullies and craters.

“NEC observed that it is indeed shameful that a country which has realized billions of Dollars in crude oil revenue for years, cannot maintain its roads, no thanks to endemic corruption which has eaten into the fabricof the nation. NEC therefore appeals to the Federal Government to declare a state of emergency on Nigerian roads to save Nigerians from avoidable loss of lives through road accidents andother mishaps.”

It also went on to say, “NEC in Session reaffirmed the commitment of SSANU towards enrolling its members into the Integrated Payroll and Personnel Information System (IPPIS) subject to the accommodation of all peculiarities in the university system as agreed in the various meetings held between the government represented by officers in the Office of the Accountant General of the Federation and the university based unions.

“NEC noted that the resolve of SSANU to join the IPPIS platform was in support of Government in its bid to entrench transparency and accountability in the university system and to curb the spate of personnel corruption which is one of the reasons accountable for the declining standard and rot in the Nigerian University system.

“NEC urged the Federal Government to remain firm and resolute in its bid to stop corruption in all facets of our
national life and resolved to give support to the government in all efforts to ensure that sanity is restored to the Nigerian university system.”

It further recalled that the Federal Government vide a memo dated 18th June 2018 and signed by the Director Tertiary Education in the Federal Ministry of Education, had conveyed the release of the sum of N25 Billion for the payment of Earned Allowances for staff of Federal Universities.

The memo it said “had conveyed a directive allocating the monies at the ratio of 80/20 in favour of Academic Staff Union of Universities (ASUU) to the detriment of the Non- Teaching Staff Unions,” adding that “a negative precedence had been set by that memo as it was the first time that monies meant for payment of allowances of university staff was being allocated along union lines.”

Alleging that due process and established protocols for disbursements of allowances were breached in order to allow for the” anomalous payment”, it said that “the pattern adopted for the payment was a gross violation of the University Autonomy Laws because the Governing Councils who by law are vested with the power of identifying and allocating allowances to staff in their various universities were bypassed while the Registrars and Bursars, being custodians of all University records in terms of allowances and remunerations were not involved in the processes leading to the allocations of these monies.

“NEC in session therefore demanded that the Audit Reports of all disbursements of Earned Allowances be made public in order to guide Government in subsequent disbursements. NEC in Session further reiterated its resolve to demand for a minimum sum of N30 Billion (Thirty Billion Naira) for the payment of Earned Allowances to the JAC of NASU and SSANU to correct the present imbalance while arrangements should be made to pay the total balance as the sum demanded represents only a fraction of the actual Earned Allowances owed the JAC of NASU and SSANU from 2009 till date.

“NEC in Session directed the National Administrative Committee to liaise with its JAC counterpart, ie NASU, to give ultimatum to the Federal Government to commence an indefinite strike for the failure ofgovernment on the release of the Earned Allowances as promised. NEC directed its members to continue mobilization for an industrial action which may become inevitable if Government is not forthcoming in the fullness of time.”

SSANU commended the leadership of the Nigeria Labour Congress (NLC), the Trade Union (TUC) and the Trade Union side of the Joint National Public Service Negotiating Councilfor their efforts in ensuring a new National Minimum Wage regime in the country.

It called on the National Salaries Incomes and Wages Commission to expeditiously make public the new salary tables based on the consequential adjustments and warned the Federal Government not to introduce economic policies such as increases in taxes, tariffs and prices of petroleum products that would be counter productive and vitiate the gains of the new minimum wage regime as this would be resisted stoutly by labour.

On the closure of borders, it said, “NEC in session commended the Federal Government for the courage in taking a stand against the sabotage of the national economy by closing the nations’ land borders. NEC noted that this move though temporary, would have a positive effect on the nations’ treasury and economy, which had been hamstrung by the nefarious activities of smugglers and criminals.

“NEC further noted that with the border closure, there had been a boost in industry and local agricultural production which would create more employment opportunities. NEC also noted that the border closure had curtailed the smuggling of arms which are usually transported into the country through the land borders.

“NEC therefore urged the Federal Government to not to stop at just closing the borders, but ensure a long term goal by creating an enabling environment for local industry to thrive through the provision of loans and microcredit facilities, while also empowering the Nigerian Custom Service and Nigerian Immigration Service to be able to checkmate the activities of smugglers when the borders are finally reopened.

SSANU called on the Federal Government to organize a security summit so as to have a holistic view on how to tackle myriads of security challenges in the country.

It said, ” NEC in Session expressed great worry over the increasing spate of banditry, killings and kidnapping experienced by ordinary Nigerians especially on our roads. NEC noted that the negative security situation is increasingly being witnessed and is not limited to a specific or particular part of the country.

“NEC further noted that the primary responsibility of Government as enshrined in the Nigerian constitution, is the protection of lives and property and to this end,the Nigerian Government must of necessity, review the national security architecture with a view to finding a lasting solution to this threat of banditry that appears to have taken over the nation.

“NEC however noted that at the root of the present challenge of banditry, lies poverty and destitution which has gradually become the lot of the average Nigerian youth who sees no future or life prospects and see these acts of violence as a way out of their hopelessness.

“NEC therefore recommended the setting up of a national security summit to be convened by the Federal lGovernment to look at the remote and immediate causes of the present security challenge and come up with lasting solutions in the interest of the Nigerian people.”