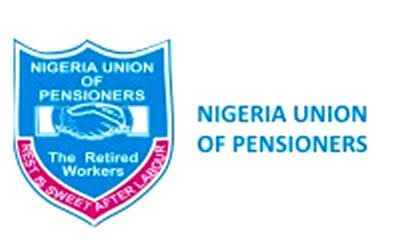 The Acting Chairman, National Salaries, Incomes and Wages Commission, Mr Ekpo NtaI, has encouraged the leadership of Nigerian Union of Pensioners (NUP), to intensify efforts in its pursuit for upward review of minimum pension in the country.

In a meeting with the leadership of the pensioner’s union in his office in Abuja, Mr Ntal, noted that time is actually ripped for pension reforms in the country in view to better the life of the senior citizens.

“I am very happy you are all here today.
This is the time we should have a major reform in our pension administration concerning the pensioners. There must be total u-turn of pension management in the country.

“It is a huge repository of funds, and you must be abreast of what is happening. Certain per cent is being deducted from the pensioners salary when they were working, you must therefore know how this fund is being spent.”

The Salaries and Wages Commission Boss, further told Nigerian pensioners not to ask for “peanut” in their demand for better pension pay but seek for such benefits as easy assess to healthcare and other things that would aide their living as N30, 000 may not be enough to cater for the bills.

“You should not be asking for peanuts because if you don’t do it now, the problem that will come will be worst than the past.

“I agreed entirely with you, what I am saying is that it would be done but it is not enough. As far as I am concern it is not enough, we must have a policy from local government to the Federal Government on how to take care of our senior citizens.

“It must be integrated, it must have a health care which must be part of it, must have a minimal condition under which the pensioners must exist. If for workers it is N30,000 then you must also define what a minimum earning pensioners should get.

“They don’t see things the way some of us see it, if a pensioner goes to hospital, he would occupy the hospital bed longer than the young person.

“I know that the government is already working on it. That one, I think it is being addressed because all along the negotiations, it has always been in consideration, and it was asked at the Federal Executive Council (FEC), so everybody is aware that it must be done.

“Everybody is aware during negotiation on the minimum wage and its consequential adjustment that there must be corresponding increase for pensioners and we shouldn’t wait for agitation again before we do that.”

In his response, NUP Presiden, Dr. Abel Afolayan, lamented of continuing plight of pensioners in the country, saying that vast majority of the pensioners receives such a poor token that rarely assist their survival.

“We still have pensioners whose monthky earning is as low as N2,000. Vast majority of pensioners in this country earn N10,000 below.”

He went on to say that pensioners are worried and walling about what government is doing to uplift their pathetic situation.