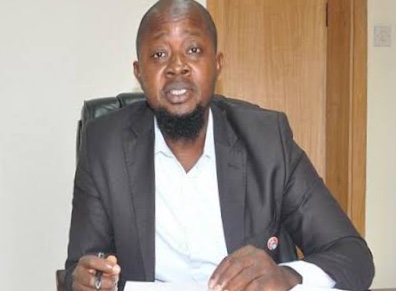 The Trade Union Congress of Nigeria (TUC) has enjoined the President Muhammadu Buhari-led Federal Government to use the said over N1trn it recovered from corrupt Nigerians to provide basic amenities lacking all over the country. And also use all the forfeited properties for public interest.

TUC also stated that police barracks and military cantonments across Nigeria are displeasing in the eyes, saying that government should use some of the estates forfeited for resident for the country’s security operatives.

In a press statement signed by its President and Secretary General, Comrade Quadri Olaleye and Secretary General, Comrade (Barr.) Musa-Lawal Ozigi, respectively, the Congress commended the effort of the Economic and Financial Crimes Commission (EFCC), Independent Corrupt Practices And Other Related Offences Commission (ICPC)and the Presidential Advisory Committee Against Corruption (PACAC) for trying their best to sanitise the country and get it rid of corruption.

“I have seen pictures of police barracks and military cantonments in the country and I can tell you they are displeasing and ugly sights. These security operatives live and raise children in very dirty environments; whereas some privileged individuals loot the treasury to build mansions and even own estates in choice cities. Those estates should be converted to an extension of police and military barracks.”

“Efforts should also be made to reclaim and sell out the properties acquired in foreign countries. It makes no sense stealing from the country and investing elsewhere, while agencies of government are in a rented apartment and Nigerians homeless.” The statement stated.

Comrade Olaleye also said that things must be done differently if those piloting Nigeria’s affairs are truly serious and ready to bring true change in the country.

He went on to advised the Federal Government and agencies in charge to leave no stone unturned in the fight for sanity in the system.

“Some people have alleged that the corruption fight is only against the opposition parties. While many of us do not believe that, we would like to advise that the fight be total, irrespective of whose ox is gored.” He added.

Recall that Prof. Itse Sagay-led Presidential Advisory Committee Against Corruption (PACAC), recently declared that the Committee has generated a total of N1 trillion in cash, as part of the looted assets.