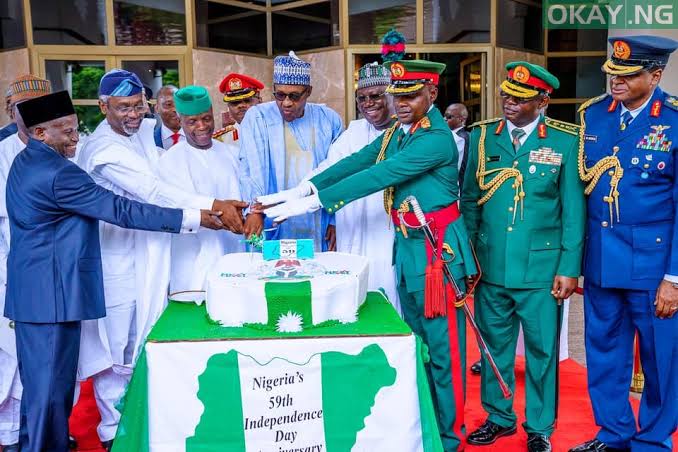 In the light of the seemingly hellish economic and many social vices that bedevils the country, the Trade Union Congress of Nigeria (TUC) in a captivating message to the government on the occasion of Nigeria’s 59th Independent anniversary, stated that many untimely death of Nigerian youths and security challenges would have been a less alarmed issue, if successive governments had given a result-oriented attention to job creation.

“If there were jobs in Nigeria, our youths will not migrate in droves to other countries in search for greener pasture. And security challenges wouldn’t have been so much a problem. It is saddening that our children die in different oceans in an attempt to cross over to Europe. Only recently, hundreds of young men and women were forcefully ejected from South Africa; it is same with India, Ghana, Kenya, etc. That should not be.”

Pertinently, the Congress told the President Muhammadu Buhari-led government that ‘there is cause to worry’ about the country’s future. And also added that the bane of the nation’s underdevelopment is selfish leadership and people who cling to power for personal aggrandizement.

Carefully crafted to suit the occasion, TUC in the statement queried why Nigeria’s apparent lagging behind her contemporaries in all ramifications is not giving the leadership of the country’s government much concern and a feeling of shame, that should warrant a decisive, target full and obvious result-oriented policies and actions towards changing the narrative.

The Trade Union Congress also noted that the ‘so-much’ the present government has done should have had some significant impact by now. Especially, towards liberating the never-ending economic hardship and the ever-increasing high rate of unemployment that has tremendously culminated to security challenges.

“Truth be said, all the administrations we have so far had brought something remarkable to the table of national growth, including the present administration. However, what is important is that we must interrogate the reason(s) why countries we were at par with have left us far behind. China, India, Indonesia, etc. were our contemporaries but they are now in the first league while we are dragging economic space with some countries in Africa.

“The change agenda we preached so much in the first face of the present government’s administration ought to have given us some level of lifeline or ease, in terms of cushioning the effect of economic hardship and sufferings of Nigerians and thus lessen security challenges. But the reverse seem to be the case.

“Nigeria is a country blessed with human and material resources but goes cap in hand begging for grants and asking for loans. The Debt Management Office (DMO) posted recently that as at 31stMarch, 2019, our external debt is $25, 691.63m while domestic is $55, 664.46, totaling $81, 274, 090m. We are not saying that borrowing is bad, our concern is the reason for the loan. We are indebted in trillions yet we are told we have not borrowed enough. The bane of the nation’s underdevelopment is selfish leadership and people who cling to power for personal aggrandizement.” TUC, said.

Swiftly the Congress swung to minimum wage issue, and vehemently throw a punch against the federal government, questioning it sincerity on the implementation of the new minimum wage.

“We find it disturbing that months after the National Minimum Wage Committee (NMC) set up by the Federal Government to work on the new wage had submitted their report government is still not committed to paying the new wage. We are beginning to think that signing it in the first place was because of the 2019 General elections. To talk about setting up another Committee over the same issue makes us feel we have been swindled. We have learnt our lessons.

“The argument on the part of government has always been that there is no money to pay minimum wage whereas lawmakers have budgeted N5.6bn to purchase automobile that are not produced in Nigeria. Our believe is that government can actually pay if only the cost of governance will be reduced. As long as some people continue to feel that they are more Nigerian and therefore should enjoy more than others we cannot have a sane society.”

Also, TUC beamed light on the much-talked-about fight against corruption, and said; “The challenge before Nigeria is not necessarily that of lack of resources like I stated earlier, but of corruption at various levels. It is demoralizing that people in public service take advantage of their positions to enrich themselves and cronies. Corruption has put the country is a shameful state before the international community.

“It is our thinking that corrupt individuals or group should face the law when found guilty of misappropriation, irrespective of their party affiliation, religion or tribe. We make a mockery of ourselves before the world if we claim we are fighting corruption but close our eyes when our friends are involved. That cannot happen in China.”

To cap its message, the Congress noted; “The war on agitations is arising from what some call marginalization. There is need for inclusiveness in governance. People should be given a sense of belonging. All the regions are still deficient in terms of basic infrastructure and therefore should be attended to. No country can make any significant progress where there is absence of justice and equity. A united Nigeria can truly be stronger than European Union but a lot depends on the leadership.”