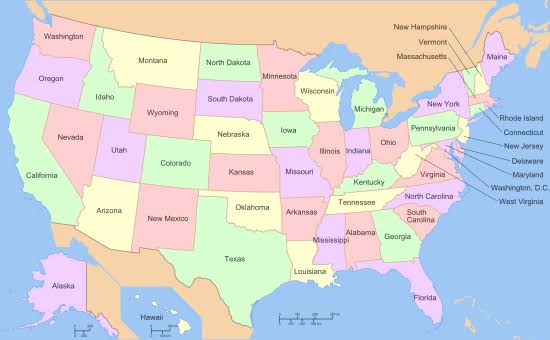 Earlier this week, Rep. Alexandria Ocasio-Cortez injected a dose of reality into a hearing on America’s worsening student debt crisis.

“I literally made a student loan payment while I was sitting here,” she said, adding that her outstanding balance had been $20,237. Ocasio-Cortez is not unique—the median federal student debt load for graduates of her alma mater, Boston University, increased by nearly 50% between 1997 and 2016, to $25,625, according to a World Economic Forum analysis. Frequently, the reward for pursuing the degrees, decently paid vocation, or sense of community offered by American higher education is a crushing amount of debt.

Americans have racked up a total of $1.5 trillion in student debt, and they’re having more trouble paying it off. More than one-third of all severely delinquent debt in the country is the result of the growing pile of derelict student loans, which topped $89 billion by the second quarter of this year, compared to $38 billion in the same period of 2013, according to the Federal Reserve Bank of New York. This has exposed increasingly desperate borrowers to scammers fraudulent offering relief and spurred calls from presidential candidates Beanie Sanders and Elizabeth Warren to either forgive a large portion of this collective liability or simply wipe it off the books—a remedy that, in terms of dollar value, could dwarf the Marshall Plan, which funded the rebuilding of Western Europe after World War II.

While spiraling student debt may be a national issue, however, it hasn’t affected everyone in the United States in quite the same way.

The World Economic Forum analysed data published by the U.S. Department of Education, U.S. Census Bureau and Internal Revenue Service to create a visual story about the country’s student debt overload. Even when only accounting for federal loans (which can carry lower interest rates than loans from banks) and for loans made to those who successfully graduated, the picture that emerges is one of young people with limited means and options being saddled with disproportionately high debt, especially after attending vocational programs, religious schools and historically black schools.

Each expanding yellow dot in the graphic below represents the median federal student loan debt for a historically black school in that location between 1997 and 2016. Of the 50 institutions with the highest median student debt load as of 2016, 40% are historically black schools, which predominantly cater to African Americans. The highest-ranking school in this part of the analysis was Benedict College, in South Carolina, which had a median federal student loan debt level for graduates of $41,520 by 2016. At Alcorn State University, a Mississippi-based institution founded in 1871 as part of an effort to educate the descendants of former slaves, the median debt load increased by 1023% between 1997 and 2016, to $29,476.

Religious schools are among those with the heaviest debt loads for graduates. At Apex School of Theology in North Carolina, applicants to the Bachelor of Theology program don’t necessarily need to have completed high school, though they should “embody a godly life.” The median federal student loan debt carried by a graduate, represented by the large dot in the graphic below, reached $52,000 by 2016—compared with $9,200 for graduates of neighbouring Duke University, represented by the small dot, which was recently ranked 10th among national universities by U.S. News & World Report.

Other schools with non-traditional curricula and relatively heavy student debt loads include the Maharishi University of Management in Iowa, the “Home of Consciousness-Baded Education,” where the median federal student loan debt level for graduates was $38,243 as of 2016.

Being the first person in your family to attend college can mean incurring significant student debt. At Beulah Heights University in Georgia, which describes itself as one of the nation’s “oldest and fastest growing Bible institutions,” first-generation college students had a median federal student loan debt load after graduation of $48,000 by 2016 (represented by the yellow dot in the graphic below), compared with $22,593 for those who were not first in the family to attend college (represented by the blue dot). Coming from a less-affluent household can lead to a large amount of debt, as well. At the Indianapolis campus of the Aviation Institute of Maintenance, for example, the median federal student loan debt for low-income graduates was $16,000 by 2016, or more than twice the $6,011 for graduates from high-income households.

In 2016, the for-profit DeVry University agreed as part of a settlement to distribute $100 million in refunds and debt forgiveness to former students, after the school was accused of misleading them about post-graduation employment rates and pay. The same year, the median federal student loan debt level for graduates of this Missouri DeVry campus was $35,767 (represented by the pink dot in the graphic below). At the for-profit Mt. Sierra College in California, the median federal student loan debt amount carried by graduates rose from $29,075 in 1997 to $41,121 by 2016—a few years before the school abruptly closed due to a lack of funding. For Mt. Sierra College students still matriculating when it shut down, another school reportedly volunteered to accept them as transfers: DeVry University.

No end in sight

In 2017, the OECD listed the average annual cost of a bachelor’s degree at one of America’s private universities as $21,189—nearly twice as expensive as the next-highest OECD country, England. In order to pay for their education, Americans borrow heavily and pay significant interest: As of 2017, the average rate for all student loans was 5.8%, according to the think tank New America. In order to address these costs, Bernie Sanders has proposed, in addition to canceling existing student debt, to make all public colleges and universities tuition-free.