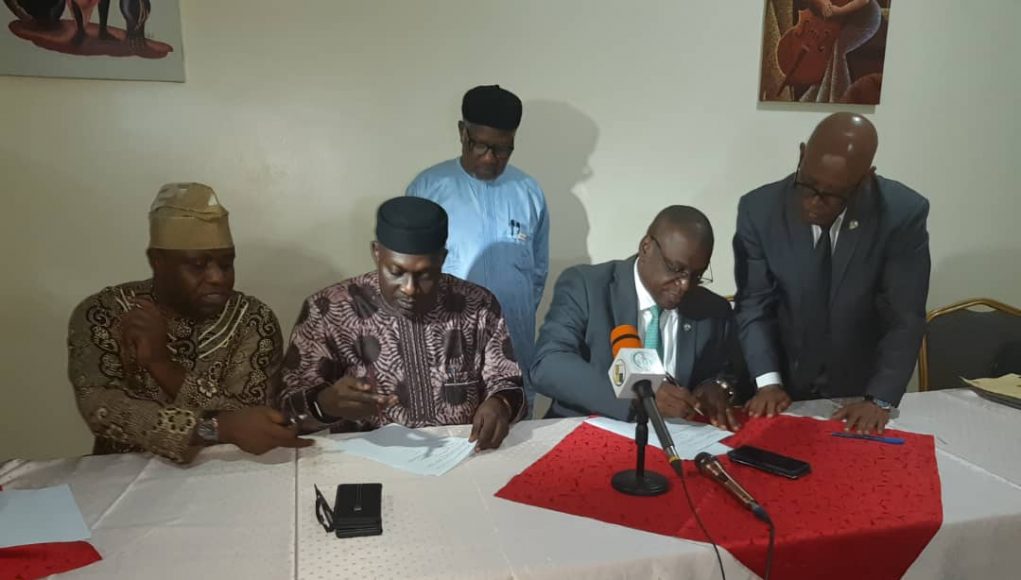 A statement made available to newsmen in Abuja and signed by Mr Bola Fashina, Head, Public Relations of SON, said the agreement was signed by the two organisations in Lagos.

The statement quoted SON Director General, Barr. Osita Aboloma, as saying that the mandate of his organisation is primarily to promote local manufacturers in order to ensure rapid industrial growth, describing MAN as a formidable partner in progress.

Speaking further after the signing ceremony, Aboloma described the pact as another milestone in the existing mutual collaboration between SON and MAN for the overall benefit of the nation’s economy and the welfare of its people.

According to him, the document took particular note of the interests of Micro, Small and Medium Enterprises (MSMEs) as the engine room for industrial development and provides concessions for genuine manufacturers.

Aboloma urged the MAN leadership to put in place mechanisms against the abuse of the concessions granted, promote self-regulation amongst its members and join the SON quality vanguard by providing necessary information to aid the fight against the influx and distribution of substandard and life-endangering products.

On his part, the Director General of MAN, Mr. Segun Ajayi Kadiri, described the signing of the MoU as a necessary response to some concerns of the association’s members, stressing that SON through the agreement has further demonstrated its avowed commitment to the development of the manufacturing sector in Nigeria.

He acknowledged the concessions to MAN’s members with particular reference to the importation of raw materials and machinery and promised to put necessary machinery in place to optimize the gains from the deal.

Kadiri called on other regulatory authorities in Nigeria to follow the example of SON as business facilitators to further provide a better enabling environment for the ease of doing business, in furtherance of the Federal Government’s initiative.