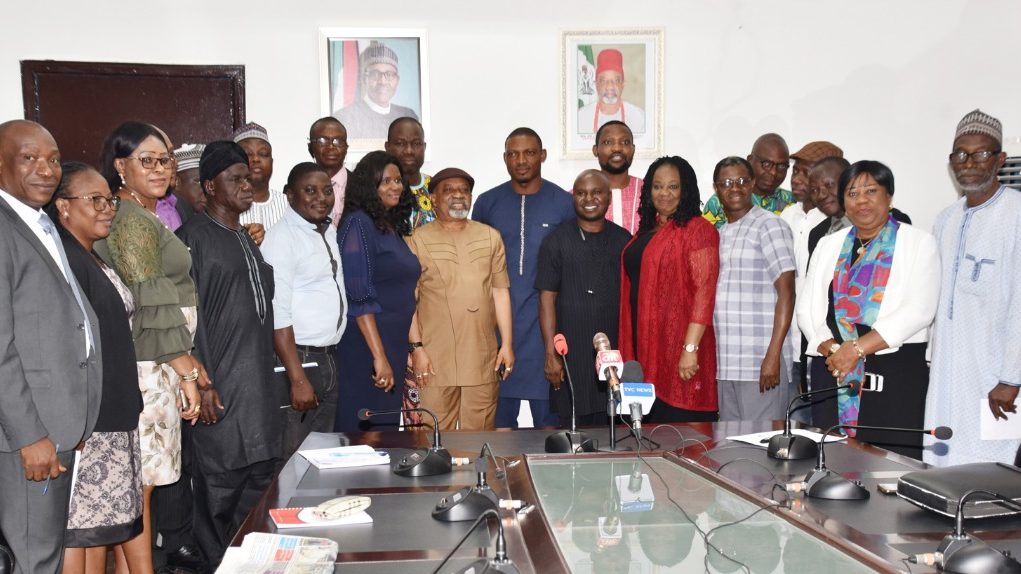 The Minister of Labour and Employment, Sen. Chris Ngige, has said that the President Buhari-led Federal Government is determined to fight unemployment, and will also ensure that Nigerian workers both in public and private sectors will not lose their jobs.

While he added that the ministry labour and employment will come up with programmes that would help create more jobs, he noted that Boko Haram, IPOB, Banditry and other insecurity issues the country is facing are symptoms of unemployment, he conspicuously stated that the President has decided to take the country away from doldrums.

“We have seen the symptoms of unemployment which are very visible. When you hear about Boko Haram, that is one of the symptoms. when you hear about banditry and IPOB; they are the symptoms of joblessness. So, for me, the President has decided that we must fight unemployment. We have to fight because the indices is terrible and that does not call for cheers. We have to decide and wear our thinking cap and take our country away from the doldrums.” Ngige said.

Addressing members of Labour Correspondents Association of Nigeria (LACAN) who paid him a courtesy visit to congratulate him on his re-appointment as the minister of labour, Ngige said, “For me, this is a solidarity visit which I cherish so much, though many of your criticize me and my ministry in your report. For people like me, I don’t regard criticism as bad because constructive criticism show you the way forward and should be appreciated because nobody is all knowing.

“When I was in the Senate, there was an executive bill that would have tied the hands of Labour and stop them from going on strike. I was the lone voice that struck down that bill. After making my presentation in the seventh senate, that bill died a natural death. That bill from the Executive was moved by my good friend, Heineken Lokpobiri. After that, Labour people inducted me and said I was a comrade. I didn’t know that would propel me to come to the Labour Ministry.”

Speaking on the level of poverty in the country due to unemployment, the Minister said, “The President is committed to recreating the middle class in Nigeria. He is committed to lifting at least 100 million people out of poverty and the only way if for our economy to improve. When our economy improves, we would dealt a big blow to poverty, social insecurity and also insecurity of lives and property. We have to make our country a better place because we cannot run away from that. We all have a collective responsibility.

“This Ministry will come out with many programmes that will help the government to recreate the middle class that has vanished from the country. We have a situation now where you have the top most rich who are very rich and those at the bottom. Even down there at the bottom, you still have people who cannot be compartmentalised into the middle class. Those who are work in Nigeria, the government is trying its best.

“We have many programmes that has kept people at work. We have refused redundancy being declared, we are fighting casualisation and we are not happy with contract appointment. We don’t want contract appointment in the private sector. We want people given their jobs with full benefit.

“My department of Inspectorate as well as Employment and Wage are going to do more. We are going to fund them so that we can start full factory inspection and make sure that nobody is under employed and that those in employment get what they deserved in the world of work so that they can have decent work.

“Part of it is the new minimum wage which the President signed in April. It is a pity that after signing it, a lot of us were sent on compulsory leave. We are now coming back from the leave.

“If you remember, a committee was set up and I was a member. When we left, the Permanent Secretary took our place an were negotiating with the Joint negotiating Council on the consequential adjustment. The states are waiting for that and it is not proper for us not to fast track that negotiation so that even the states will not have too much back log to pay when the consequential adjustment is concluded. We have our own budgeted for in the 2019 budget and we are going to also budget for it in the 2020 budget.

“We are concerned about the states because some of the states are not proactive like us. So, the sooner we conclude at the federal level, and the Joint Negotiating Councils in the states takes it from there and negotiate with the states, the better for every body. If we spill this into next year, I am not sure how many states that will be able to pay the backlog which will lead us to another round of negotiation.

“It is the determination of the President and this administration to fast track the negotiation on consequential adjustment. I have just received a correspondence from the Chief of Staff to the President and we are putting a deadline to that negotiation. We are fast tracking it because the government will also want to put in place a Presidential Committee on Salaries and Allowances that will be able to take request after this consequential adjustment .

“Before then, that same committee will appraise the level of work load and evaluate all cadre of work and come out with salaries and allowances commensurate with each. It is one of the things that the government has decided and I have just seen the correspondence. When the details are out, we will let you know. That is to show workers both in the public and private sector that this government is labour friendly and we want them to be in the decent work world.”