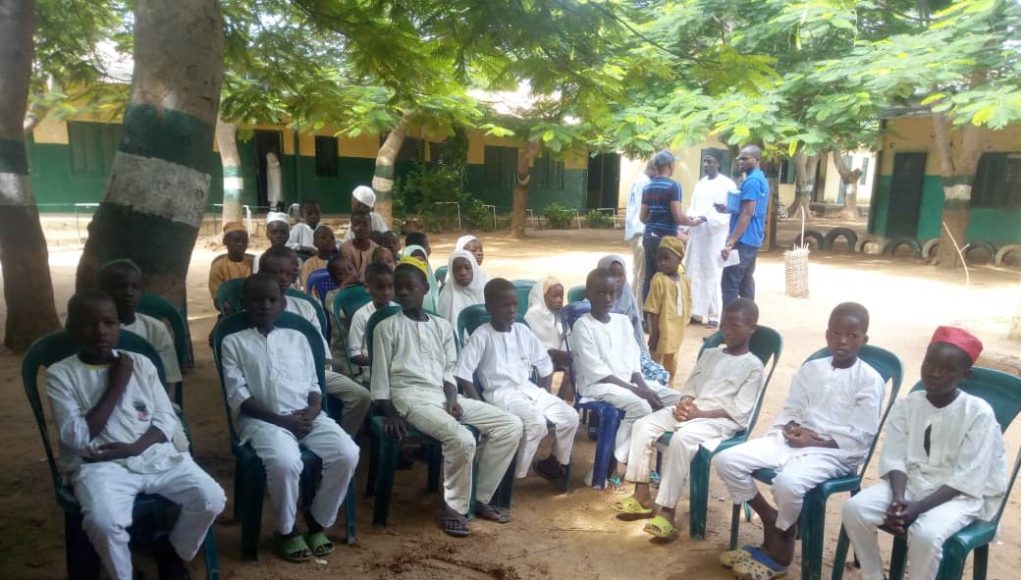 A growing movement in the Nigerian education sector known as School-Based Management Committee (SBMC) is attracting thousands of kids to school, as communities now leverage on the scheme to complement government’s efforts in ensuring good learning environment.

Every school day, 11-year-old Abdulrasak Mohammed treks about half a kilometre to Warure Special Primary School in Gwale Local Government of Kano State.

The primary five pupil, despite being regularly enticed by his age-mates that beg for alms, recently found a new reason not to jettison his pursuit of education for the ‘army’ of out-of-school children that frolics the streets on daily basis.

Mohammed attributed his new found love for the primary school to the provision of a borehole attracted by SBMC, and its renewed campaign on child education which his fast changing the age-long orientation in the area that detests western education.

“Many people don’t easily get water to use at home, and now there is free water to use in the school because of the new borehole, if you come early you can use water with no trouble. Many pupils get free uniform from school because of SBMC, but the one I’m wearing now was provided by my father,” Mohammed said.

SBMC scheme, whose membership cut across religious and community leaders, former pupils, women associations, artisans, among others, was introduced by the Federal Government in 2005 to help complement government efforts in the provision of basic needs and support for improvement of teaching and learning in primary and junior secondary schools.

The scheme, which has now gained momentum in some states following the support of the United Kingdom’s Department for International Development (DFID) through the United Nations Children Fund (UNICEF), has seen to massive increase in enrolment in several schools.

Its results are already tangible as each beneficiary local community now leads the way through SBMC in charting a better education for their children than ever before.

Kano, which has over 4,500 primary schools on the SBMC scheme, has continued to witness the positive impact of the community intervention in education.

Speaking during a DFID-facilitated media dialogue on SBMC in Kano few days ago, which saw to the visit of Warure Primary School, Head teacher of the school, Yusi Dandago, said the government school which boasts of 32 classrooms and 33 toilets was ‘rescued’ by SBMC recently through the provision of a mechanised borehole.

“The school SBMC was established in 2012 with the support of DFID’s Education Sector Support Programme in Nigeria (ESSPIN) and its members were trained. We also received support which includes grants for the development of the school.

“Some of the developmental projects include re-admittance of dropped out pupils and provided them with uniforms and writing materials, renovation of classrooms, provision of mechanized borehole, erection of additional fence and head’s teacher’s toilets and many more,” he said.

SBMCs which are fast winning the hearts of communities in the nooks and crannies of the country regularly roll out campaigns on education and rights of children in communities. They also sensitize community members on enrolment, attendance, retention and completion of pupils in schools.

SBMC roles also range from monitor teaching and learning activities in schools to ensuring security in school as well as providing feedback to community members towards supporting schools needs.

“SBMCs in Kano mobilized resources towards supporting school improvement programmes. For example, SBMC of Batta Model Primary School, Danbatta advocated to an old pupil for the school expansion to accommodate increased enrolment of pupils in the school. The old pupil made vertical expansion of 8 blocks of 16 classrooms and supplied 25 desktop computers and 100 tablets to the school.

The Federal Government which is implementing its part of the SBMC scheme through the Universal Basic Education Commission (UBEC), said its recent impact in increasing school’s enrolment and retention has been astounding, and promised to inject N2.78 billion on the scheme in 2,505 basic schools across the country.

“SBMC provides the linkage between the government and the community leaders, religious leaders following their ability to reach out to these people.

“SBMC are set up to ensure the success of community participation in basic and secondary education and we will do everything to support it,” Bello Kagara, UBEC’s Director of Social Mobilisation, said during the media dialogue in Kano.