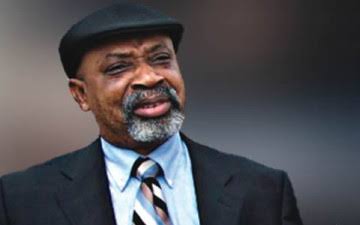 He also stated that job creation and anti-corruption will be the yardstick with which his tenure will be measured.

Addressing the management and staff of the ministry at his first resumption meeting, Ngige said that his return will consolidate on what the ministry had been doing and promised that the ministry would now be proactive in creating employment through cooperative policies that would propel all the states in the federation to create jobs in agriculture, mining and industrial sector.

“Employment is in the name of our ministry and people do not know that we do not employ here, we don’t employ but it is on us to make sure that we monitor employment at all government agencies and have our returns that we now compare”. He noted.

On the budget performance, he gave an indication that 60% of the 2019 budget may be rolled over to 2020, according to the minister the executive arm of government would always find it difficult to implement the budget if it suspects that it had been tampered with during presentation at the National Assembly.

He said “the 2019 budget has not been aggressively executed and 60% of it will have to be rolled into 2020 budget, we knew this during the presidential retreat that was organised for ministers designate at the presidential villa”

He noted “we have been told to submit our budget to the National Assembly in September so that we can get it back by December. Senate President Ahmed Lawan is a man of his words that we can work with. Our parastatals will submit their own budget in the ministry and come to defend it because if there is budget paddling it is because parastatals invite National Assembly members to come and warehouse padded things into their budget. That must be stopped and any parastatals under this ministry that does that will be sanctioned so that we can live within our means”

He warned the ministry staff to shun corruption stressing that corruption is given impetus by opacity, “when everything is open it is not easy to be corrupt so our parastatals in particular must know what they are doing, the financial regulation are there which instructs them to give financial balances to their main ministry and we must enforce it”.

On his disagreement with labour, the Minister assured that “we will now extend our hand of friendship to all the labour unions. Before I left we had some family dispute as there is no family that has no problem; however we have resolved it in a family way and will ensure the wounds heal permanently”

On the Ministry relationship with the International Labour Organisation (ILO), he said “for the ILO, we have more work to do there because as you know we came back from the governing board as titular(deputy) and after two years, the whole of West Africa now promoted us to take charge of West Africa and African region”

According to him “we now have an office in the ILO headquarters in Geneva, that office has been allocated from the DG, they are giving Nigeria a permanent office which is something that should be celebrated. We have an office to be the head of a governing body, it is a task on us”

On his frosty face-off with banks over mass sack of employees during his first tenure, the Minister said “we had to stop them because we looked into the matter and discovered they didn’t actually declare redundancy which is labour sections that they must observe the article of redundancy, once they do that, the law is last to come, first to go”

He however tasked members of staff to be ready to work hard and contribute to the success of the Buhari led administration, while the “Ngige School”, according to him, could give one temporary loss, but would in the long run benefit one.

The new Honourable Minister of State for Labour and Employement, Senator Donald Omotayo Alasoadura, appreciated the warm reception accorded them by the management and staff of the Ministry.

In his welcome address, the Permanent Secretary, Federal Ministry of Labour and Employment, Mr William Alo, congratulated the Honourable Minister, Dr. Chris Ngige, on his re-appointment, and the Minister of State, Senator Donald Omotayo Alasoadura, on his appointment.

He added that the re-appointment of the Hon. Minister of Labour and Employment was an attestation to the quality of his stewardship during his first tenure in office.