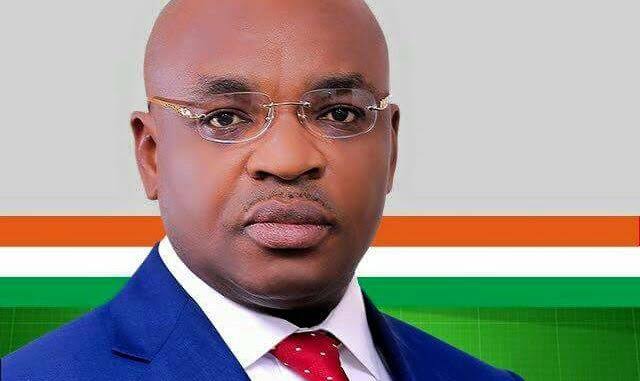 A group of former militants in Akwa Ibom States have accused Governor Emmanuel Udom of starving the local government councils of funds to run the affairs of the areas.

The group also said that the state government has hijacked the funds meant for the 31 local government areas by exploiting the joint account.

O ward, they decried the state of infrastructure under the present government, stating that monies received from the federation account did not reflect the realities on the ground.

In a statement signed Ekpo Ekpo of Niger Delta Volunteers and made available to Vanguard in Abuja yesterday, the agitators asked the anti-graft agencies to investigate the movement of funds in Akwa Ibom State.

“For the record, Akwa Ibom State has not witnessed any meaningful development since Governor Udom’s assumption of office as Executive Governor in 2015. Unemployment rate has reached its highest since the State was created. The infrastructures put in place by the preceding regimes of Obong Victor Attah and Senator Godswill Akpabio have started collapsing. Pot-holes on our roads are everywhere in the State; the much talked-about establishment of functional industries in the state are nowhere to be found. The provision of social amenities is at its lowest ebb, yet the government is receiving allocations on regular basis.

“We are fully aware that immediately after the swearing-in of the current Local Government Excos on 12th December, 2017 the Chairmen and the Councilors of the Local Government Councils were denied their monthly entitlements for four months and are yet to be paid the arrears.

“And even during these four months, only about N2-3 million were released to each local government from their monthly allocations.
And after that, each Council goes home with paltry monthly allocations of N6 -N8 million out of the over N100 million each of the Councils is supposed to receive every month from the federation account. Only recently, the State Government approved that the allocation of N27–N30 million be released to enable official vehicles be bought for the Executive Chairman, Vice Chairman, Leader and Secretary of each local government Council.

“Regrettably, such allocations are not enough to buy good vehicles and the balance not sufficient for the running of the government for the month. This leaves the local governments in an impoverished state, thus Governor Udom has succeeded in destroying the local government system. Interestingly, out of the 31 LGAs in Akwa Ibom State, only one is receiving the Governor’s attention – ONNA, his LGA of origin. This is not a good omen for a democratic leader.”

The agitators further demanded that governor Udom Emmanuel’s government should as a matter of urgency, render an account of all local government funds received from the federation account from May 2015 till date.

They also asked the state government to present for “public scrutiny the revenue profiles on one hand, and the expenditure profiles, on the other from 2015 till date stating in details Internally Generated Revenue, Statutory Allocations (State/Local Government), Loans, Royalties from Multinational companies, etc.”

Meanwhile, the Niger Delta Volunteers has congratulated Senator Godswill Obot Akpabio on his appointment and swearing- in as Honourable Minister of the Niger Delta, believing that his elevation to this enviable height will help to transform the Niger Delta