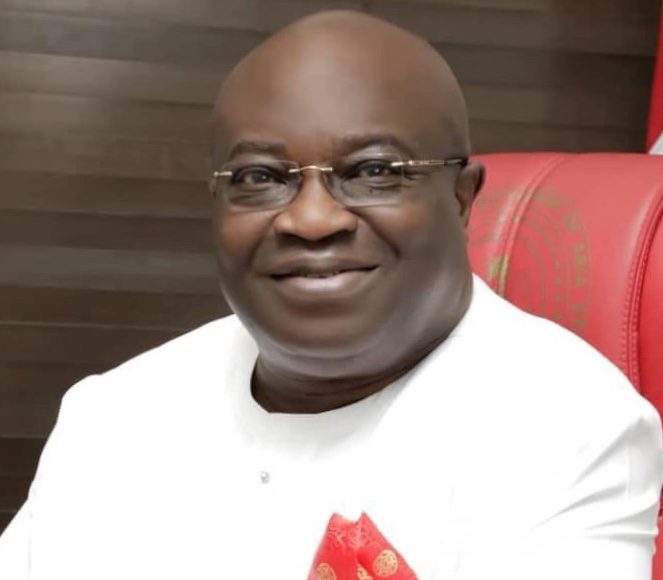 A coalition of youths in Abia State under the aegis of Abia Youths Vanguard, has alleged that high volume of misappropriation and corrupt engagements of state funds by the immediate past finance commissioner of the state, Mr Obinna Oriaku, was responsible for nonpayment of workers’ salary and pension arrears within the first four years of Ikpeazu’ administration.

The group also stated that many unwarranted dealings of the said commissioner during his stay in office with Abia State funds, which according to them hampered accomplishment of some developmental projects in the state, was nothing but acts intended to tarnish the image of the state governor,

Responding to a recent rebuttal publication accredited to the former commissioner wherein he refuted allegations of financial corrupt practices, the group noted that Mr Oriaku perpetrated numerous anomalies against the progress of the state.

In a statement made available to journalists in Abuja and titled: ‘The leaking bucket; A case of Obinna Oriaku “our angelic” former Commissioner for Finance’ by Mr Emmanuel Ukwa on behalf of the group, they demanded that Mr Oriaku among other issues should in truth tell Abians why “despite his claim of doing a good job, salaries are to workers in Ministries and the higher institutions where a company; LLOYDANT BUSINESS SERVICES LTD allegedly own by the former commissioner, operated”

While they insisted that the former commissioner should have not place in the present government of Abia State, the group called on Governor Okezie Ikpeazu to purge Abia government of all forms of corruption through his appointments, by ensuring that the State funds are entrusted in the hands of prudent citizens who will properly manage and ensure that workers and pensioners are not owned, and government projects are executed accordingly.

In full, the statement read; “Modern life and living revolves around money. The relatively scarce characteristic of money makes “prudence” in its management top-most priority.

“Our attention was drawn to the publication of Vanguard, Tuesday, August 6, 2019 on page number 30, wherein a full page advertorial sponsored by “Concerned Abia Youths Forum”, signed by its Chairman Comrade Cyril Ahamefula, and et al, raised a question-mark on the person of Obinna Oriaku. Though, it was not unanticipated, as the facts of “pen robbery” against Mr. Oriaku is no longer a secret.

“The Publication brought to realism, the case of the dog that ate the bone hung around its neck. The newspaper advertorial begs so many questions about the financial escapades of Obinna Oriaku while he held sway at the helms of Abia State, Ministry of Finance.

“In his feeble attempt to discharge the burden of obvious facts against him, like expected, he went on a wild goose chase in his rebuttal. His explanations are vague devoid of substance but laden with self-praises and invisible records of his achievements while the situation on ground differs from his claims.

“Mr Oriaku is on a mission to tarnish the image of our hardworking Governor. During the 2019 workers day, the pensioners clearly stated, who the architect of their troubles is. We may recall that not even the Governors name was on their placards but Obinna Oriaku, our billionaire commissioner for finance.

“You can not be claiming that you have saved Abia from “hawks” when there are no physical evidences to support your much taunted managerial prowess to counter those who are constantly saying that you are the thief within and the real enemy of the state.

“Finally, can Mr. Obinna Oriaku answer these questions about LLOYDANT BUSINESS SERVICES LTD to the satisfaction of Abians before he screams witch-hunt.

“1) Where is the Exco and Governor’s approval for their engagement? What was the process of their bidding? Why is Abia’s payroll done in Enugu? Where is Governor’s /Exco resolution approving such? Did their engagement receive clearance and the approval of Abia State house of Assembly? How come, despite his claim of doing a good job that Salaries are owed in Ministries and the higher institutions where this company is illegally operating?

“He claimed that the company has been operating in Abia state longer before he took over, can he react to the date on the letter he endorsed which obviously contradicts his claim? Could You, Mr. Oriaku, substantially address the allegations raised by the “Concerned Abia Youths Forum?”