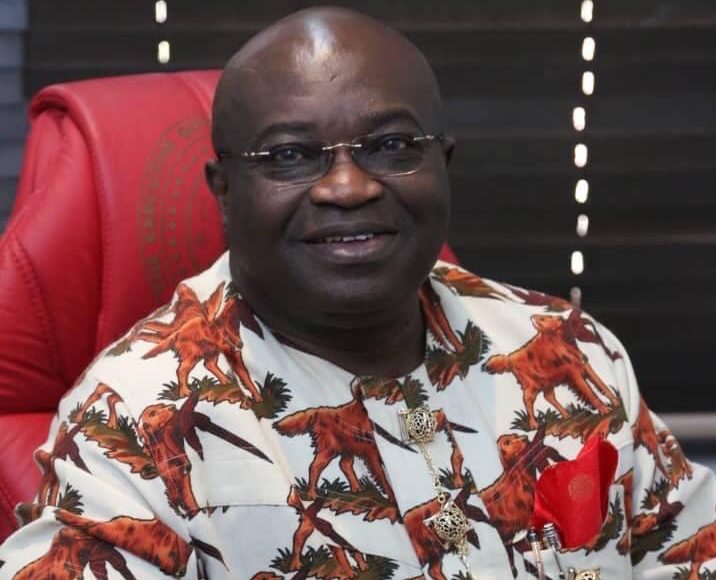 Completion of Abia State government project on potable water targeting Umuahia metropolis within the first 100 days in office of Governor Okezie Ikpeazu second term, has been declared sacrosanct and a certainty by the governor.

This according to the governor is because of the importance water to human survival, and the fact that the city suffers scarcity of water especially during the dry season.

Reaffirming the commitment of his administration to provide and reticulate potable water to ensure that ensure that all Regional Water Schemes located in Umuahia and Aba are operational, Governor Ikpeazu at the the ground breaking ceremony of the sustainable Ugba Na Nkata Gravitational Water Scheme, also assured that the project will be completed within the shortest time possible.

Represented by his Deputy, Sir Ude Oko Chukwu, lauded the USAID E-WASH program and for “including Abia as one of the pilot States that will benefit from their vision of providing safe and potable water to the nation”. He also thanked USAID “for agreeing to give the State an implementation time extension to enable the citizenry enjoy good life, decongest our hospitals and give our people safe drinking water, good sanitation and engender good hygiene practices”.

While reassuring the people of Ugba Na Nkata of the state that Government will tackle all their problems in line with its electioneering promises, he praised them for their support and urged them to take full ownership of the project by protecting it from vandalization.

Earlier in his remarks, the Permanent Secretary, Ministry Of Public Utility And Water Resources, Sir Dike Ezenwa, said that the new sustainable Water Scheme designed to increase the initial design capacity of the Umuahia Regional Water Scheme when functional, will accommodate various New Housing Estates across the State Capital.

Also he noted that the scheme is designed to meet the 90/60 days timeline of the USAID/E-WASH project assigned to the State, and serve as one of the accomplished projects in the first 100 days in office of Dr Okezie Ikpeazu led administration.

More so, the Spokesman of Ugba Na Nkata community, Chief Michael Onuoha, expressed happiness at the imminent realization of the water project which he said would go a long way in ameliorating the challenges associated with potable water availability in the city. He however called on the state Government to assist them in providing employment to their youth, rehabilitate their road and support sanitation improvement in the area.

Meanwhile, the General Manager, Abia State Water And Sewage Corporation, Engineer Leo Ogbonna, who thanked Ikpeazu for the project, stressed that all their projects are permanent and sustainable with a view to making the State a model in similar projects