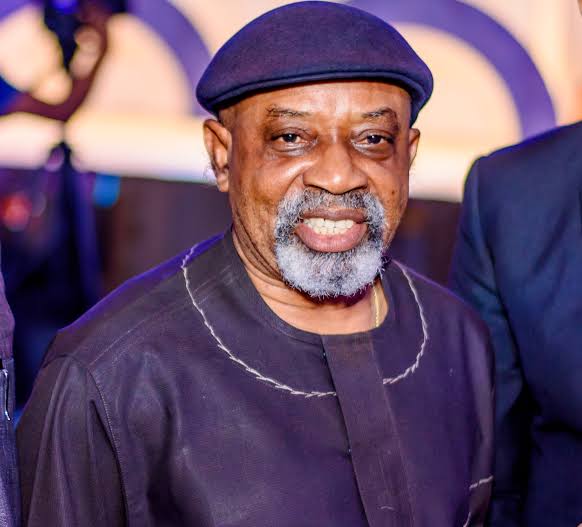 The Federal Parastatals and Private Sector Pensioners Association of Nigeria (FEPPPAN) has praised President Muhammedu Buhari, for nominating Sen. Chris Ngige and Barr Sharon Ikeazu, to be ministers in his second term administration.

FEPPPAN also said that it solely a prerogative of the president to assign the nominees to any ministry he wish, saying that those who are agitating against Ngige being reassigned to the Ministry of Labour and Employment where he served as a minister in the first tenure of President Buhari, should know that it is not within their power to decide for the president.

President-General of FEPPPAN, Chief Temple Ubani, who said this in Abuja, noted that clash of personal interests are the reason some people are canvassing against the former minister of labour and employment being returned to the ministry.

“Nomination of Sen. Chris Ngige and Sharon Ikeazu the former Executive Secretary of PTAD is a good step in the right direction, and we thank President Muhammadu Buhari for his wisdom in nominating them. Sen. Chris Ngige in particular, I have observed that nobody has faulted his reappointment in spite of some reports in the media saying that people are wailing about where he should be assigned to and where he shouldn’t.

“The good thing is that President Buhari, in his good plan to better the lives of Nigerians knows who will serve well and deliver on their mandate. I think he considered Ngige capable to deliver, and it will not be out of point to say that Ngige was a perfect match for the politics and intrigues in the labour world. And he performed excellently well even though some may have contrary opinion.

“For those that are saying he should not be assigned back to labour and employment ministry, it is a case of different folks and different strokes. Such statements are personal opinion which everyone is entitled to.

“In the first place there are some people who were saying that Mr President should not in the first place reappoint somebody like Sen. Chris Ngige as a member of his cabinet. But that is simply someone trying to tell the president to serve personal interest. I think that people sometime forget that there would always be clash of interest in human affairs. Because not for personal interest, I doubt if anybody can specifically point out where Ngige went against Nigerian workers, because I am aware that he assiduously worked for the success of new minimum wage. But thank God Mr President is not a tool anybody can control as wish.

“Any body who has bordered to observe the body movement of Mr President particularly concerning this appointments, will know that he know those he want. No wonder he said he was not going to appoint strangers. So it is his prerogative to appoint those he felt have done well in their first appointment.

“The appointment of former PTAD Executive Secretary, who performed so well especially on the area of pensioners welfare, and reappointment of Ngige shows that the president knows what he is doing and is keeping tab with what is happening and on those who are performing to his expectations.”

Furthermore, Ubani added; “I want to say that one of the major achievements of Sen. Chris Ngige was the eventual regrouping of NUP for efficiency. He made it clear that efficiency and care for pensioners was the reason behind the regrouping and it took him almost four years to do it according to the rule of law. Many of us didn’t even know that he was a pensioner himself. So as a pensioner, he saw that it was needful to regroup pensioners according to necessary groups for a better administration and care-giving of pensioners welfare on a direct note.

“So NUP regrouping is one big achievement that will ultimately sanitize the 9pension sector. You know, there was that era of fraud in pension funds. And for the period he was there in operation with other agencies, that was not the case. So I want to use this opportunity to congratulate the president that since he took over the mantel of power, pensioners have had it so good.

“And I am sure that majority of pensioners would want a situation where Ngige or Sharon Ikeazu would have a direct dealing with retirees in this country. Because they have shown competent and commitment to delivering on the mandate giving to them by the President concerning pensioners welfare.”