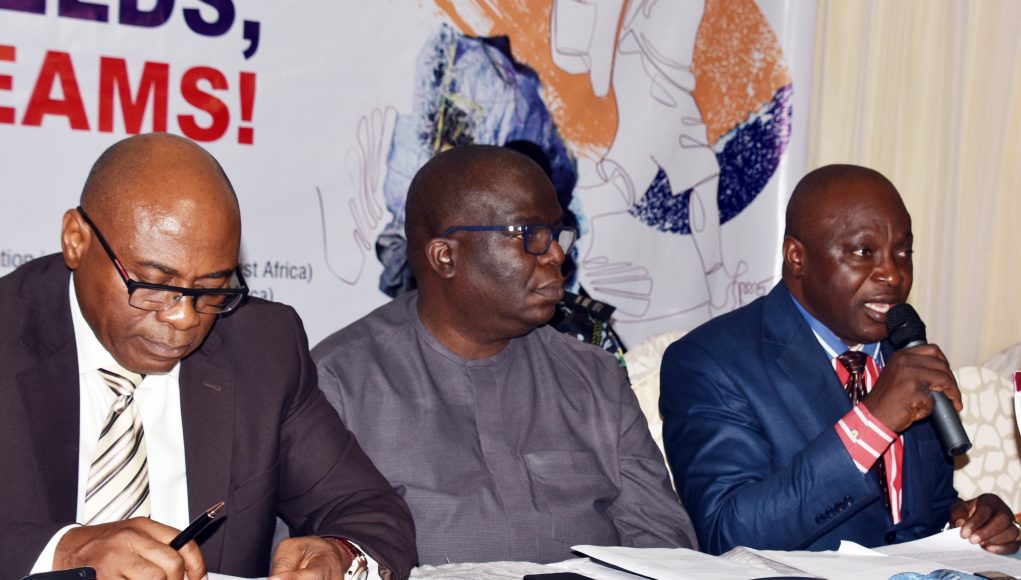 In a bid to bring the menace of child labour on it kneels, the Nigeria Government has urged all stakeholders to come into partnership in order to boast ongoing efforts on the course.

The federal government also encouraged all stakeholders to take more practical steps towards preventing and responding to child labour by addressing its root cause of, which are poverty, lack of basic education, among others.

According to a statement by Assistant Director, Press and Public Relations Unit in the Federal Labour and Employment Ministry, Rhoda Iliya, on a recent symposium to commemorate the 2019 World Day Against Child Labour in Abuja, the Ministry’s Permanent Secretary, William Alo, made the call, noted said governments at all levels needed to prioritize the provisions of free and qualitative basic education to the rural communities and urban areas where child labour is endemic.
Alo also called for parents, especially mothers, be trained on skills that would provide alternative means of livelihood, to address the problem of poverty.

While he acknowledged that Nigeria had taken necessary steps in fighting the scourge through such measures as the Adoption of the National Policy on Child Labour and its National Action Plan for the Elimination of Child Labour in Nigeria, and the Adoption of the List of Hazardous Child Labour in Nigeria, which children must not be involved in. He also noted that Nigeria also developed and validated the National Reporting Template on the Elimination of Child Labour, which had been deployed for use in the State Labour Offices nationwide.

Furthermore, the Perm Sec explained that Nigeria’s achievement in the fight against child labour gained her admittance as a member of Pathfinder Countries of Alliance 8.7, which mandates her “to take immediate and effective measures to eradicate forced labour, end modern slavery and human trafficking and secure prohibition and elimination of the worst forms of Child Labour, including recruitment and use of child soldiers, and by 2025 end Child Labour in all its worst forms”.

On his part, the ILO Country Director, Dennis Zulu, said ILO had continued to support a wide range of work contributing to the elimination of child labour though “the provision of technical assistance to constituents, improving the knowledge base and supporting the movement against child labour through partnerships, advocacy and direct action programmes.”

He commended Nigeria for being on the right track in the fight against child labour, as a pathfinder country and a member of Alliance 8.7, a platform which aims at putting an end to child labour in all its forms by 2025.

More so, Ministry of Mines and Steel Development Permanent Secretary, Abdulkadir Mu’azu, hinted of the resolution of his Ministry to support all programmes aimed at fighting child labour.

Also in his address, the Permanent Secretary, Federal Ministry of Agriculture and Rural Development, Dr. Mohammed Bello Umar, represented by Engr Adole, said children should not be engaged in strenuous activities at the expense of their development.

On the other hand, Comptroller-General, Nigeria Immigration Service (NIS), Mohammed Babandede, represented by Mr Obaike Azen, identified lack of social security support for the young and the aged as a major factor in the promotion of child labour.