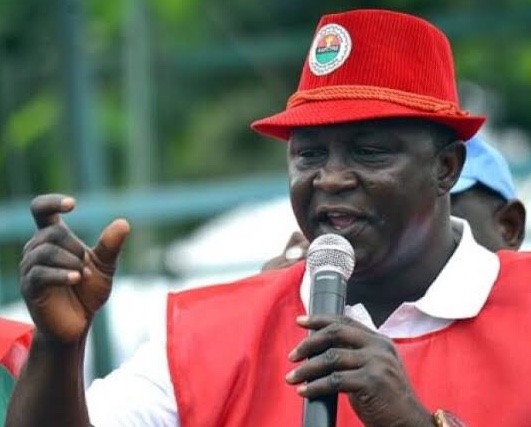 Contained in a letter addressed to the Secretary to the Government of the Federation Mr. Boss Mustapha, and signed by the President of the Nigeria Labour Congress (NLC) Comrade Ayuba Wabba, and President of the Trade Union Congress (TUC) Comrade Quadri Olaleye, the labour leaders, maintained that the continuation of discussion between both parties was necessary in order to avert an impending nationwide industrial action.

The labour through the letter dated 16/07/19 and referenced JNPSNC/TUS/VOL.V/402 and made available journalists in Abuja, expressed a dismay in the stalemated discussion and also on the meagre amount being offered by the federal government and the staggered implementation of the new minimum wage.

The letter thus read; “We would wish to commence this letter by first commending Mr President for setting up this committee in which we all had confidence to expeditiously work out the modalities for relativity and any other consequential effect that may arise from the new national minimum wage. Our optimism was hinged on the fact that this would not be the first time we would be having this type of committee.

“We are however worried by this stalemate, and must in all honesty, point out that what the government is offering is far too small to be acceptable. We recall that in the immediate past exercise, 53 per cent relativity was used across board. The resort therefore to unnecessary obduracy by the government’s team is neither helpful nor reflective of precedence.

“The option of a staggered implementation conveyed in a press statement by the Chairman of the Salaries and Wages Commission is similarly not in good faith, for the notion of staggered implementation is both divisive and catastrophic. It is important to note that the national minimum wage has always been implemented holistically in acknowledgement of the fact that we all go to the same market.

“In light of this and the need to head off a major industrial crisis, we would urge you to do all that is necessary to ensure that the meeting of the Committee is reconvened with NLC and TUC.

“As we await your necessary action, please accept the assurances of our highest esteem.”