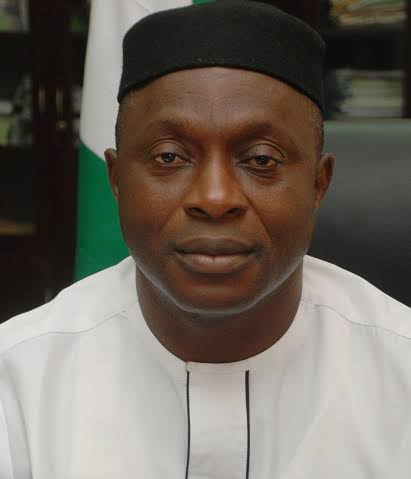 The Permanent Secretary, Federal Ministry of Labour and Employment Mr William Nwankwo Alo, has urged parents and authorities of various markets in Abuja, to henceforth stop children from hawking goods in the markets, especially during school hours.

He warned that it is against government policy for parents or guardians to in any way facilitate child labour, and reiterated government’s commitment to putting a stop to all forms of child labour in Nigeria.

Organized in collaboration with Federal Ministry of Mines and Steel, Ministry of Agriculture and Rural Development, and in partnership with the International Labour Organisation (ILO) and other organizations to further sensitize citizens on dangers of child labour, various speakers during the rally condemned and pleaded with parents, guardians and government to actively take on the challenge and see that all forms of child labour is tackled.

Recall that internationally, June 12 is a day set aside to campaign against child labour known as World Day Against Child Labour.

Speaking at the rally, Mr Alo, said; “Child Labour, as it relates to market setting is any work done in the market that deprives children of their childhood, their potentials and dignity, and that is harmful to their physical, moral and mental development such as children hawking in the market, begging using children, children carrying heavy load (head loading), wheelbarrow pushing etc.

“These activities as simple as they may look, affect the child’s wellbeing and dignity.These children are supposed to be in school in order to fulfill their dreams and not in market places working until they reach a certain age. Even if they have to be in market places assisting their parents/guardians, they should not be denied basic education at least up to junior secondary school level.

“We therefore enjoin the authorities of this market to help us and join in the fight against child labour by: Ensuring that Child Labour is not allowed in this market and its environs; Take practical steps to ensure that children are in school or attend vocational training; Partner with the Federal Ministry of Labour and Employment and other stakeholders in the fight against Child Labour by reporting such incidences of Child Labour to the Ministry necessary for action henceforth.”

He also praised the Permanent Secretary, Federal Ministry of Mines and Steel, and that of Ministry of Agriculture and Rural Development for the efforts which saw the success of the rally.

Earlier in his remarks, ILO Country Director in Nigeria Mr Dennis Zulu, appreciate Nigeria government for organizing the rally but urged that actions should be taken against the menace, saying that too many words have already been said therefore action is what is now needed.