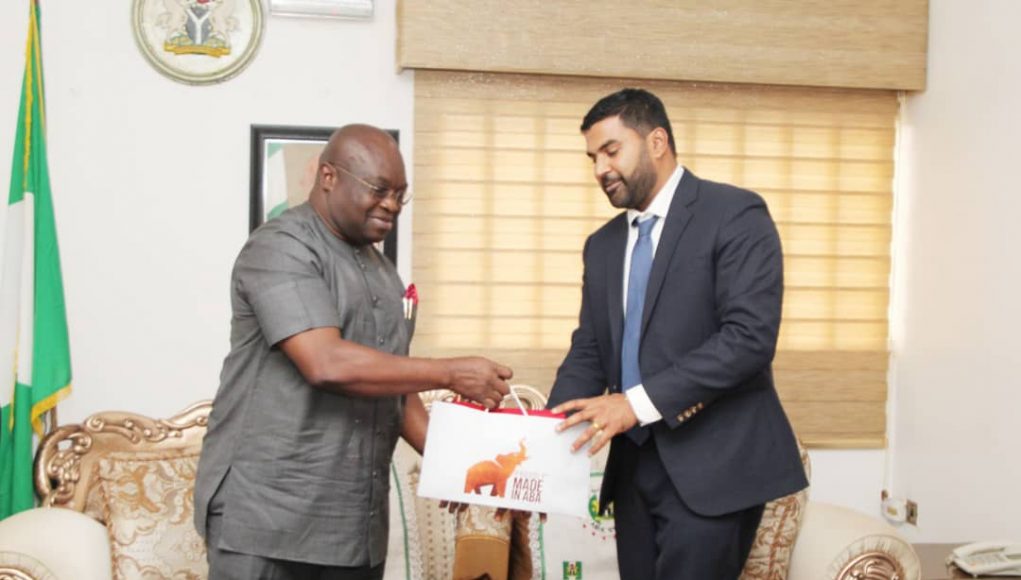 The United States Ambassador to Nigeria, Mr. Stuart Symington has commended the resolute of the Abia State Governor, Dr. Okezie Ikpeazu, to improving the condition of the state especially in the areas of political and economic development.

He stated this when he visited Governor Ikpeazu at Government House, Umuahia, yesterday.

Represented by the Political Officer, United States Consulate General, Shashank Iyer, the US Ambassador
noted that his country is willing to partner with Abia State, Southeast and Nigeria at large on issues concerning security, improved livelihood for rural dwellers as well as harmonious relationship between the different ethnic groups in the country.

He went on to say that he was in the state to discuss issues on how to support the economic development and improved livelihood for rural dwellers.

“The US is committed to Abia and South East. We will visit other states in the region. We have political interest in Nigeria. We commend Abia for its commitment to reforms. We want to support the South-East development and security.”

He stressed that the United States has a wide range of programmes aimed at helping the poor and vulnerable members of the society, and further explained that the International Leadership Programme of the U.S is aimed at sponsoring young leaders from the zone to acquire leadership skills.

He said Abia State was selected for the programme based on the commitment and evidence of leaders such as Governor Okezie Ikpeazu who he said is dedicated to reformation and development of the state.

In response, Governor Okezie Ikpeazu appreciated the United States of America for its concern to the Southeast region. He added that his administration has continued to engage in collaborations with the US aimed at fostering the welfare of Abia citizens.

The Governor noted that the state has received tremendous support from the US in terms of medical supplies and equipments.

“US has been supportive to Abia State. And we on our part of government has engaged in collaborations with some US agencies and the Abia Diaspora community in the US. We use this opportunity to call on the US to look towards the Enyimba Economic City project which is plan to flag off before December this year.” Ikpeazu said.

According to the Governor, his government as part of its intervention in the health care sector is building a world class mother and child hospital which will be named after Jackson Foundation in recognition of their contribution in the health sector.