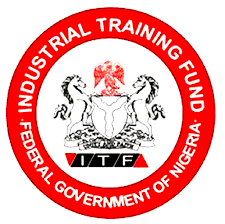 The Industrial Training Fund (ITF) says no fewer than 18,000 Nigerians drawn from the 774 Local Government in the country will soon benefit from its 2019 skills intervention programme, aimed at creating massive job opportunities in Nigeria.

Director General/ Chief Executive of ITF, Sir Joseph Ari, told newsmen in Abuja on Thursday, that the training programme which will run between three to six months, will empower youths on skills ranging from construction industry to other sectors of the economy.

He said: “the programmes will train about 18,000 Nigerians between three to six months period. The number of beneficiaries for each of the programmes are National Industrial Skills Development Programme -11,000; Women Skills Empowerment Programme -360; Air-Conditioning and Refrigeration -90 and Design and Garment Making -90.

The ITF boss, who called on government to declare a state of emergency on skills development to address the unemployment problem in the country, said the agency has continued to train thousands of youths on regular basis to reverse the ugly trend.

“The ITF, between late 2016 and 2018, trained over 450,000 Nigerians, 90 percent of whom are today in productive endeavours either as paid employees or as entrepreneurs that are even employing others.

“Our commitment to skills acquisition is premised on the fact that it remains the most viable and sustainable solution to rising unemployment and poverty that have continued to defy the best efforts of Governmental and non-Governmental approaches,” he said.

Speaking further, Ari expressed concern on the nation’s unemployment’s figure as churned out by the National Bureau of Statistics (NBS), saying the organised private sector and other stakeholders need to collaborate with Federal Government on skills programmes to meaningfully engage the youths.

“The statistics are at once scary and staggering, and should not only be a source of worry for any administration that is as committed to the welfare of Nigerians as the administration of President Muhammadu Buhari, but, indeed, all patriotic Nigerians.

“It must, however, be noted that President Buhari’s administration has made tremendous efforts to create jobs as could be seen in the increases in the number of people employed as cited by the NBS report,” Ari said.