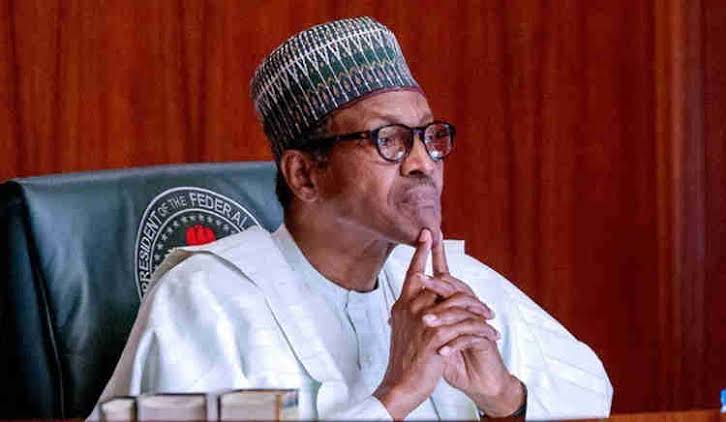 The Joint Action Committee (JAC) of the Non Academic Staff Union of Universities and Associated Institutions (NASU) and the Senior Staff Association of Nigerian Universities (SSANU), have told the federal government that “Only anarchy can ensue when government does not respect the rule of law”.

Over what they considered as unfair labour practice against their members, the leadership of NASU and SSANU who strongly expressed displeasure and disappointment that government has refused to obey a court judgment in favour of sacked university’s staff teachers, warned that their peaceful protest to draw government’s attention to do the needful is in the interest of preventing anarchy in the society.

Literally, when government continually refuse to obey the rule of law, and citizens either as a group or as the case may be respond in like manner, the end result would be an outright anarchy.

Having embarked on a 3-day warning protest across the states of the federation, the unions, rising from their joint executive council meeting made known in detail the reason for their protest to journalists, lamenting bitterly that they have exhausted their patience waiting for government to adhere to the court judgement and also act on agreements existing between them.

According to a jointly signed resolution on behalf of the unions by NASU General Secretary Comrade Paters A. Adeyemi, and SSANU National President Comrade Samson C. Ugwoke, they outrightly rejected a newly sharing formula adopted by the Federal Ministry of Education in the allocation of the last tranche of N25 Billion earned allowances where 80% of the money was allocated to ASUU and ‘a paltry 20% to the Non-Teaching unions’.

In full, the resolution stated, “Following exhaustive deliberations, the following were the resolutions reached on each of the issues: the meeting in Session rejected the sharing formula adopted by the Federal Ministry of Education in the allocation of the last tranche of N25 Billion which allocated 80% to ASUU and a paltry 20% to the Non- Teaching unions.

“It was noted that the procedure of allocating monies meant for staff emoluments and allowances across union lines is totally alien to best practices and is a contravention of financial processes. NEC in Session observed that the sharing formula defies all logical explanation and does not reflect the proper status of payment of Earned Allowances for Non- Teaching Staff in our Universities and Inter- University Centres.

“NEC in session also observed that while the outstanding claims of Earned Allowances to ASUU may have been settled till 2012 and part- payment up to 2016 inclusive, the payment of Non- Teaching Staff between 2009 and 2012 have not been resolved, talk- less of up till 2016.

“NEC in Session resolved and directed as follows: the said 20% allocated to the Non- Teaching staff unions is hereby rejected. The national leadership must make a demand of N30 Billion (Thirty Billion Naira) being part- payment of arrears of Earned Allowances being owed members of NASU and SSANU between 2009 and 2016.

“The demand must also include Inter- University Centres who have been denied Earned Allowances in previous tranches despite being members of the Unions covered by the 2009 agreements. Branches must convene Congresses on Monday 15thJuly 2019, following which protests are to be organized across all Universities between Monday 15th and Friday, 19thJuly 2019, (to be coordinated by the Zones) to draw the attention of stakeholders to the glaring injustices being meted out to Non- Teaching staff in the Universities.

“Following the protests in the Branches, the National leadership is to organize a three (3) day national protest in Abuja before a deadline is given to the Federal Government of a comprehensive, total and indefinite national strike.

“NEC in Session expressed its disappointment with the Federal Government over the impunity with which they have treated the matter of University Staff Schools, despite the fact that the National Industrial Court had given ruling and decided in favour of the teachers in the Staff Schools. NEC in session noted that only anarchy can ensue, when Government does not respect the rule of law.

“NEC in Session resolved and directed as follows: the National leadership should continue to engage Government until the proper thing is done in respect of University Staff Schools in line with the National Industrial Court of Nigeria (NICN) ruling of 5th December 2016.

“The Branch protests to hold between Monday 15th and Friday, 19th July 2019, must bring to the fore, the pathetic case of our members in the University Staff Schools. Their matter must be at the front- burner of any engagement with the press or the public.

“NEC in Session noted that since 2016 when renegotiation of the 2009 agreements with the unions commenced, no headway had been made with the Federal Government through the Babalakin Committee. NEC expressed worries at this development and resolved that the protests between Monday 15th and Friday, 19th July 2019, must also bring to the fore, the issue of the unnecessarily delayed renegotiation of the 2009 agreements with the Federal Government.

“NEC in Session, noted that till date, there had been no convincing reason to encourage or direct members of NASU or SSANU to join NUPEMCO. NEC in Session noted that there is a cloak and dagger game surrounding the administration of NUPEMCO and that all efforts by the JAC leadership for a properly convened stakeholders meeting on NUPEMCO thereby ensuring the satisfactory involvement of NASU and SSANU in the PFA had so far been rebuffed.

NEC thereafter reiterated its earlier directive that members of NASU and SSANU should not join NUPEMCO until the demands of the union are met and all issues with respect to the PFA are laid open and mutually agreed upon. NEC members are to ensure that their members are not coerced or blackmailed under any guise, to join NUPEMCO in order to guaranty the pensions of our members.
“NEC in Session agreed that the IPPIS project should be embraced and that members of both unions shall key into the scheme upon satisfactory resolution of the grey areas and that the peculiarities of the University system are addressed by the Technical Committee set up to look at the issues.
“NEC in Session noted the peculiar and deteriorating situations across many State owned universities. NEC recalled that a Committee had been set up to interface on the issue of State Universities but that till date, the Committee is yet to fully take off. The meeting resolved that no effort should be spared in ensuring that the dire status of State Universities is considered and the circumstances of State Universities are improved.”