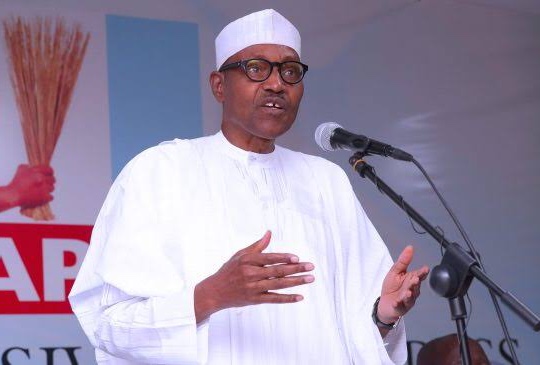 President Muhammadu Buhari has said his second term administration in its efforts to bring out Nigerians from the shackles of poverty would create one million jobs yearly for the next four years.

In his address at the 11 Triennial National Delegates Conference of the Trade Union Congress (TUC) in Abuja, Buhari said his government remains committed to making Nigeria a better country.

Represented at the occasion by the Secretary to the Government of the Federation, Boss Mustapha, said the adminstration is mapping out policies, measures and laws to maintain unity and lift bulk of the people out of poverty.

“With the steps taken to integrate rural economies to the national grid, provide credits and inputs to rural farmers and micro-businesses, as well as providing the enabling environment for business in Nigeria, our people will be liberated from the shackles of poverty. We will try to create 10 million jobs yearly to continue to boost our economy and make live better for our people.

“Our Government Will continue to improve on our National Development Plans and, initiatives. We will concentrate on Agriculture, Education, Power and other infrastructure, Manufacturing and social intervention schemes. We will promote Good Governance and fight corruption to a stand still.

“This Government wi!l continue to build institutions and machineries to fight corruption. If we don’t kill corruption now, we will not have a country to handover to our unborn generations, hence, the need for everyone to be involved in this fight to finish”.

He said his administration is concerned about the welfare of workers, hence the signing of the N30.000 Minimum wage into law.

“Dear Comrades, My administration believes in the welfare of workers and that is why we have signed the Minimum Wage Bill into Law and implementation is underway. l employ both the State Governments and the private sector to give their workers a decent living wage to encourage workers to contribute more to our economy.

“The Federal Government acknowledges the collaborative support it has received from the Labour Union, especially the TUC, since the inception of this Administration.

“Members of this Union participated actively in developing the drafting of the various policy documents that have led to the development of roadmaps in the Country. Members of the Union are also involved in several aspects of the implementation of the road maps. It is the belief of Government that the synergy and collaboration will be strengthened as we move forward.

“Let me use this opportunity to state that the Executive Arm of Government is committed to having a smooth and good working relationship with the Labour Unions in Nigeria as we go higher”.

On the security challenges, the president said “I can report that we are meeting these Challenges with much greater support to the security forces in terms of funding, equipment and improved local intelligence.

“We are meeting these challenges with superior strategy, firepower and resolve. I can assure you that we will win the war against Terrorism, Kidnapping, Banditry and Farmers-Headers clashes.

“we have tried to build a solid foundation for our dear country in the last 4 years. These efforts have begun to yield results. The Economy is making a steady progress and our GDP is expected to grow by 2.7 percent this year. Our External Reserve have risen to $45 billion and can finance a number of our foreign commitments”.