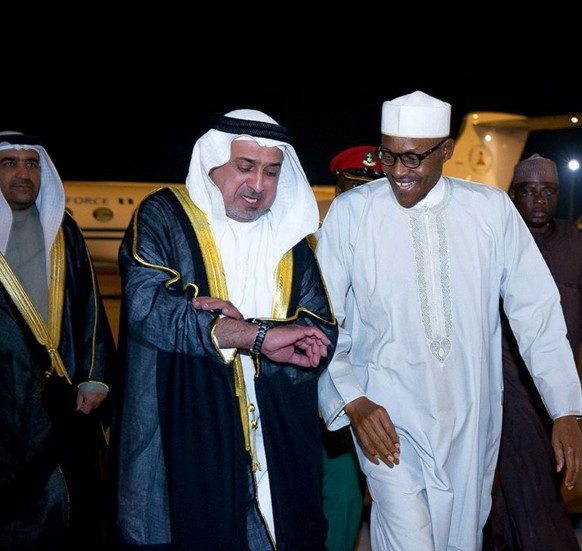 The leadership of workers’ union in Nigeria has called on the government and citizens of the United Arab Emirates (UAE), to desist from all forms of ill treatments against African migrant workers in their country.

The Nigeria Labour Congress (NLC) also tasked the UAE to protect the person and dignity of the blank continent workers in its country, saying that many reports and testimonies which include videos already in the public domain bears witness of many cases of human rights violations, and fundamental social abuses against Africans in the UAE.

NLC, who said this in a letter jointly signed by Comrade Abubakar Yakubu, Chairman NLC FCT Council and Comrade Eustace Imoyera James, Coordinator National Trade Union Migration Network, submitted to the UAE Embassy in Abuja yesterday and made available to newsmen, further cautioned the Emirates nation to shun all forms of human right abuses and change the much ill news that in no small measure tainting its image.

The letter in path read; “This protest focuses on the protection of migrant workers’ rights and against the maltreatment and abuses of Nigerians and other African labour migrants to the United Arab Emirates.

“It is commendable to note that progress has been made and measures taken in the direction of the protection of these migrant workers. For example, the United Arab Emirates has amended their labour law legislation to allow workers to change jobs without having to obtain the consent of the original employer.

“Many reports have denounced the treatment of migrant workers who represent more than 170 different nationalities in the United Arab Emirates according to the United Nations Special Rapporteur (Joy Ngozi Ezeilo). The surveys conducted, videos on the net and testimonies show many cases of human rights violations, and fundamental social abuses.

The letter went on to say; “Nigeria Labour Congress (NLC) through its Federal Capital Territory Council and the National Trade Union Network on Migration, in collaboration with Civil Society Organisations, as part of the campaign for Decent Work in commemoration of the ILO 100 years, is here to visit the UAE Embassy in Abuja to submit this “protest” letter.

“To ensure that the United Arab Emirates better guarantee rights to migrant workers in General, and Africans in particular, better living and working conditions, protecting them from abuses and exploitations of crooked entrepreneurs and employment agencies and traffickers.

We demand and call in clear terms for: the protection of migrant workers human and workers’ rights; calling for the genuine reform of the Khafala sponsorship system; removal of exit visa; decent wages and working conditions for African migrants, especially domestic workers; access to justice where the rights of migrants have been violated; enjoyment of labour rights, including right to freedom of association (to form and join freely, trade unions of choice).

“We also call for the review of the Abu Dhabi Dialogue (ADD) to include African Governments as partner members and not as “invitees”, and also for non-state actors (trade unions and C505) inclusion that is facilitated by the ADD.”