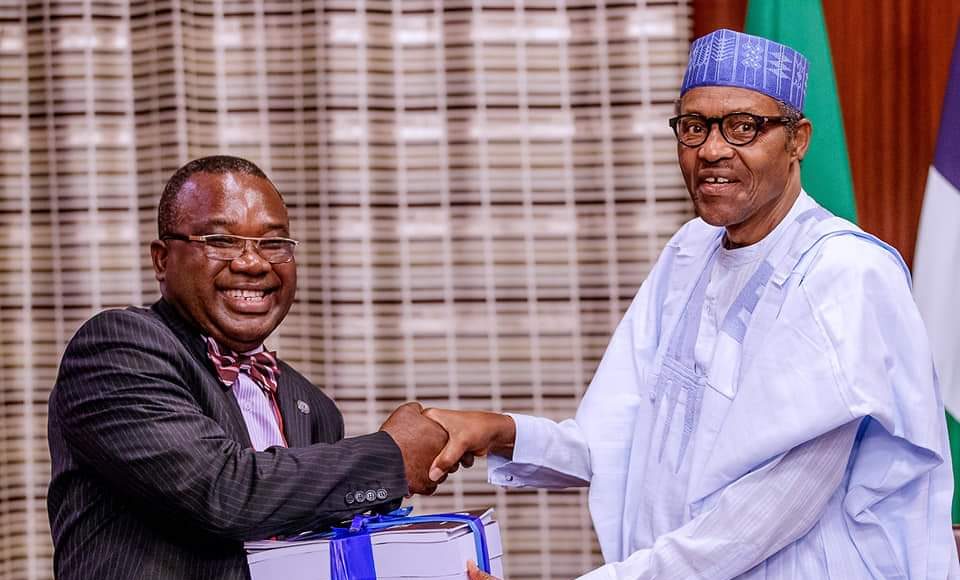 Contrary to reports in some sections of the media that President Muhammadu Buhari on Monday reportedly approved the setting up of state and local government police, the National Human Human Rights Commission (NHRC), has come out to debunk the report.

In a statement issued on Monday evening, the commission’s Director of Corporate Affairs and External Linkages, Mr. Lambert Okpara said the Presidential Panel on the Reform of Special Anti-Robbery Squad (SARS) only submitted its report of recommendations to President Buhari for consideration and possible implementing.

The statement clarified that the president only directed the Solicitor-General of the Federation and the Inspector-General of Police to work with the NHRC with a view to advising the federal government on how best to implement the recommendations of the SARS panel.

The Executive Secretary of the NHRC, Mr. Tony Ojukwu who chaired the Presidential Panel on the Reform of Special Anti-Robbery Squad (SARS) had earlier on Monday, submitted the findings of his panel to President Buhari at the presidential villa in Abuja.

The statement read: “The attention of the Presidential Panel on SARS Reform has been drawn to the news media reports that President Muhammadu Buhari has approved the establishment of State and Local Government Police as recommended by the Panel.

“The Presidential Panel submitted its report to the President today and made several recommendations including the need for the establishment of state and LGA Police. The Panel also proffered many implementation strategies.

“In his response, the President directed the Solicitor-General of the Federation/Permanent Secretary, the Inspector-General of Police and the NHRC to advise government on the implementation of the report within the timeframe of three (3) months. The President has not therefore approved the recommendations of the Panel until the Committee set up thereto reports back to him in three (3) months.