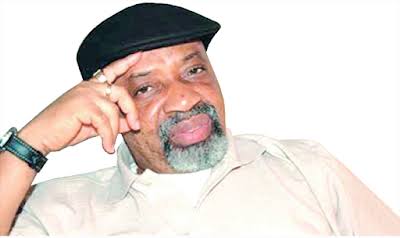 The Federal Parastatals and Private Sector Pensioners’ Association of Nigeria (FEPPPAN) has in a swift response to a statement credited to the Nigeria Union of Pensioners (NUP) saying that it is an illegal body, condemned the statement and stated that its application for registration of a new pensioners’ centre is within the framework of the Trade Union Act as also confirmed by a court of competent jurisdiction, saying it is not an illegal body.

FEPPPAN also asked the Ministry of Labour and Employment, Pension Transitional Arrangement Directorate (PTAD) and all other pension related agencies to ignore what it termed “NUP tantrums”, saying that NUP has no rights to tell any government agency not to deal with her.

In a rejoinder signed by FEPPPAN General Secretary, Mr. Franklin O. Erinle, the Association noted that it has already been established as a pensioners’ centre and has come to stay, adding that NUP has no choice but to accept its existence in good faith as NLC accepted TUC.

The statement in part read, “The Federal Parastatals and Private Sector Pensioners Association of Nigeria (FEPPPAN) wish to react to the insinuations in the press conference of the NUP held on Wednesday 22nd May 2019 at it’s National Secretariat Abuja.

“We are quick to assert that our application for registration of FEPPPAN is within the framework of the Trade Union Act as also confirmed by a court of competent jurisdiction. So it is preposterous for a Union registered and supervised by the same Ministry of Labour & Employment to consider the Honourable Minister as practicing illegality for exercising his statutory power to REGROUP any Union.

“It is also self-serving of the NUP to refer to members of FEPPPAN who are legally seeking Government recognition for effectiveness as splinter group.

“We wish to state that there is no organ called “NUP Parastatals and Contributory Pensioners” in the NUP Constitution. As such, the individuals assembled to issue the Communique denying ASU’s severance from the NUP lack both the capacity and constitutionality to do so.

“Also it is important to note that the All Sectoral Unit (ASU) was before now an organ recognized in the NUP Constitution until the members unanimously resolved and severed from the NUP. It is equally noteworthy that Comrade Emeka Njoku who read the NUP Communique was part of the decision taken at the ASU meeting in Lagos on May 08, 2019 which was reflected in a Communique issued after the meeting.

“ FEPPPAN hereby call on NUP to accept this Pensioners Association in good faith just as the NLC accepted the TUC.”

The Association also recalled a communique unanimously signed at the end of NUP All Sectoral Units (ASU) meeting, where all federal parastatals and private sector pensioners severed ties with NUP headquarters.

Accordingly, the communique read; “A communiqué of the Executive Committees of former members of the Nigeria Union of Pensioners, All Sectoral Units issued after our meeting with representatives of NUP at the NCAA Pensioners Office, Old Local Airport, Ikeja, Lagos on May 08, 2019.

“We are grateful to the Honourable Minister of Labour and Employment for the judicious use of the discretionary powers conferred on him by the Trade Union Act 2004 to regroup the Nigeria Union of Pensioners. We also thank the Registrar of Trade Unions and the entire workforce of the Ministry for their understanding‘anckcooperation.”