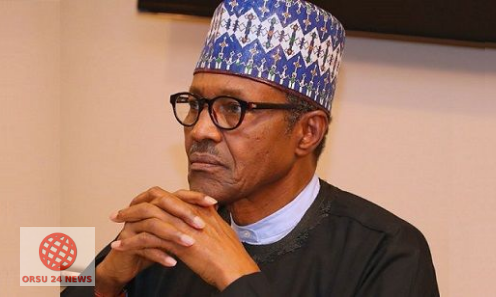 The union therefore urged the leadership of the research institutes to take the lead in pressuring President Muhammadu Buhari to assent to the Bill, as well as putting its house together to ensure it is ready when the bill is assented to.

Speaking in Abuja during a roundtable with Director Generals/CEOs of research Institutes, ASURI general secretary, Dr Theophilus Ndubuaku said it is time CODRI starts playing the leadership role expected of it in the struggle to get the bill signed into law.

Ndubuaku said ASURI has spearheaded the struggle for the bill with no support from the the Director generals.

He expressed worry that CODRI is yet to put its house together, saying “the establishment of a fund for mandate research is a hard fought battle, so it will be unforgiveable for its implementation to meet the sector unprepared.”

He said with the establishment of NRIC, there is every need for CODRI and ASURI to form a very strong alliance to ensure that research institutions, is never again given condescending treatment in Nigeria.

He also urged Research institutes to critically re-examine their mandate, especially their socio-economic relevance to the nation and how best they can benefit from the NRIC

The ASURI general Secretary said the NRIC establishment bill when passed into law will resuscitate research and advance technology in the country.

He lamented that currently, the country allocates close to zero budget to research institutions, saying there is no way the country can tackle poverty, hunger and insecurity without proper funding of research.

He pleaded with the President not to hesitate to assent to “what will turn out to be one of the most important achievements during the Change agenda of the first tenure of President Buhari” (NRIC Bill).

He said the struggle for the passage of NRIC Bill into law “is a struggle for the very survival of the Nigerian nation, a patriotic quest for the industrial and technological take-off of Nigeria, which have eluded the nation since independence.”