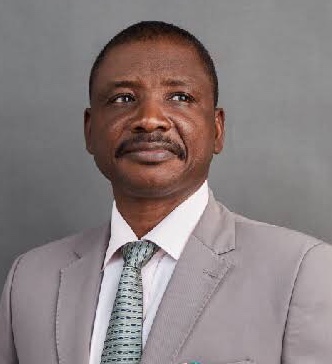 The National Directorate of Employment (NDE) says it has empowered about three million jobless youths and women with tools and equipment under its Vocational Skill Development (VSD) programme in more than 15 States in the country.

NDE also said it has assisted many micro businesses nationwide through direct cash disbursements under the Micro Enterprise Enhancement Scheme (MEES) of the Small Scale Enterprises (SSE), noting that its empowerment exercises were in collaboration with state governments and members of the National Assembly.

According to a statement by Adekitan Israel, NDE’s Assistant Director Information and Public Relations, the Directorate clearly stated that the empowerment exercises took place in the state capitals throughout the federation between October 2018 and February 2019.

Listed among the states that have benefited from the empowerment so far are; Sokoto, Kebbi, Akwa Ibom, Adamawa, Kwara, Ekiti, Ondo, Nasarawa, Borno, Kaduna, Kano, Lagos, Enugu, Kogi and Imo.

The driving force behind the empowerment programs according to the Director General of the NDE Dr. Nasir Mohammed Ladan, is President Muhammadu Buhari’s zeal to overpower the monstrous high rate of unemployment in the country with a view to revive the economy and as well afford the citizens especially the youths a comfortable life.

“What we are doing in NDE is simply a major efforts by the Mohammadu Buhari’s administration towards employment generation and ensuring strong, stable and prosperous micro enterprises for the country in order to spur economic growth, and broad based economy.

“It is worthy of note that Dr. Nasir Mohammed Ladan, on assumption of duty as substantive Director General of the NDE, examined the terrain of the labour market. He discovered that women and youths constitute a significant proportion of those that are neglected in financial inclusion over the years either for business start-ups or expansion in Nigeria.” The statement said.

Dr. Laden went on to say that unemployment worldwide is best tackled through skills acquisition, hence; NDE is working assiduously on capacity building to address skills deficiency and mismatch in order to produce a robust workforce for the country.

He further said that the Directorate’s efforts are in line with the Federal Government’s determination to decrease the number of Nigerians without access to financial services from 46.3 per cent to 20 per cent by year 2020. The NDE, according to the Director General, is collaborating with the Central Bank of Nigeria (CBN) to facilitate an easy access to the CBN’s Agribusiness Small and Medium Enterprise Investment Scheme (AGSMEIS). The facility provides opportunity for potential entrepreneurs and the 5,000 graduate trainees of NDE in each state of the federation to individually access loans of up to Ten Million (N10, 000,000) naira.