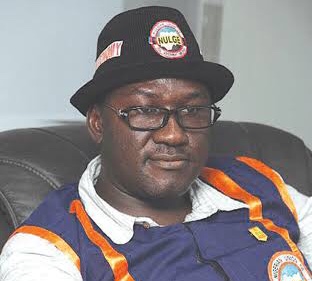 Contrary to some perceived notions that representatives of the Nigeria Labour Congress (NLC) had already prepared their minds to be antagonistic to the leadership of the board of Nigeria Social Insurance Trust Fund (NSITF) following the fallout between NLC and the Minister of Labour and Employment, Sen. Chris Ngige, the President of the National Union of Local Government Employee (NULGE), Ibrahim Khaleel, has said he will not go to the board with a negative mind set.

Khaleel also said he was privileged to be appointed a member of the board and as a man of integrity he will ensure that the board succeeds in its functions, he however said he will protect the interest and reputation of NLC as an organization that believes in fairness, rule of law and due process.

The NULGE president who said this in a chat with journalists in Abuja, went on to say; “Sincerely speaking having being privileged to be representative of labour on that board, I will not go into the board with a negative mind set. I will go their with a clean heart and what I see while performing g my duties as a member will determine my response and action. As a representative of the Labour, I will do my best to ensure the board succeeds in its responsibilities, and will discharge my duties accordingly.”

On the resolved crisis between NLC the Minister of Labour and Employment, he said; “But the controversy surrounding the issue of chairmanship of that board, has been put to rest especially by the clarification given by the presidency. But if I am to credit the entire crisis to a particular body, I will accuse the presidency of being behind the confusion and all the crisis we saw. Because there is no ambiguity in the Act that established the NSITF board on who has the authority to appoint the chairman of the board.

“The president of Nigeria is empowered by the law to appoint whoever he so wish as the chairman of the board. In the first place, it was the presidency that through public pronouncement announced the name of Comrade Kokori, as the chairman the board of NSITF. There was no counter announcement from the presidency, no written information, no communication. But we for the NLC observed that the Minister of Labour was struggling to bring somebody on board other than the one earlier pronounced y the president.

“So if at the beginning of the change the presidency deem it fit to came out boldly that it is amending the appointment of Frank Kokori, no body will rise any issue because the powers to appoint still remains with the president. But when the president made announcement and approval was given and these names where mentioned in the media and there wasn’t any counter information coming from the same quarter, certainly there will be confusion. Unfortunately, for the presidency to keep mute all the while till a day to the inauguration, means that the presidency is not fair to us, and the entire Nigerian people. And that is not the best way to handle governance.” He said.

Onward, Khaleel said, “I want to clearly say that there is no way in any relationship crisis will completely be absent. In one way or the other in any type of relationship, you must experience crisis. And I want to believe that what we saw particularly between the Office of the Minister of Labour and Employment and the Nigeria Labour Congress concerning the constitution and inauguration of NSITF was part of what I just said about relationship and crisis. But what is important is how to resolve crisis.

“I don’t think there is anything abnormal on our own side. Because as a union, our interest is how to improve the well-being and welfare of our members and this agency is one of the critical agencies of government that came into existence through an Act of Parliament in order to address the social insecurity challenges at work places. And if you look at it closely, the NLC and the entire labour movement is a critical stakeholder as far as this board is concern, and that was why the provision that established the board insisted that NLC must be represented and not merely represented but with two board members.”