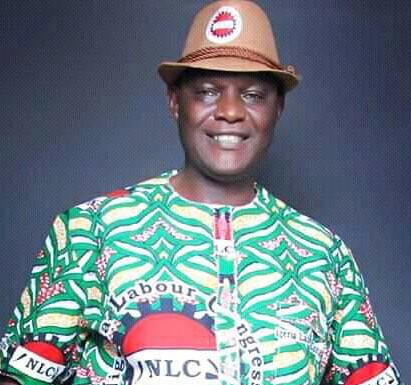 The newly re-elected chairman of Bayelsa State Chapter of Nigeria Labour Congress (NLC) Comrade Ndiomu John Bipre, has said he will intensify efforts to ensuring that worker’s welfare is not taken for granted by anybody.

Ndiomu, who was elected in 2014 to pilot the affairs of NLC in Bayelsa for the first time, in a landslide victory cling the chairmanship seat for a second term.

Expressing pleasure for his re-election, he thanked all members of NLC in Bayelsa State and promised to work hard for the provision of their welfare and protection of their rights.

In his words, “I am more experienced now and I will be stronger. We have challenges that are obviously serious, like the payment of gratuities. We are majorly going to look into it. In fact we work hard to ensure that workers entitlement generally are taken care of.

“On the issue of payment salaries, the state government is doing very well…for now all outstanding salaries have been taken care of… we will intensify efforts to making sure that workers’ welfare will not be taken for granted.

“We have cordial relationship with the state government and the governor listens and actively attend to our demand and where have deferences, we dialogue and come to terms. We will definitely do better than we did in our first tenure.”