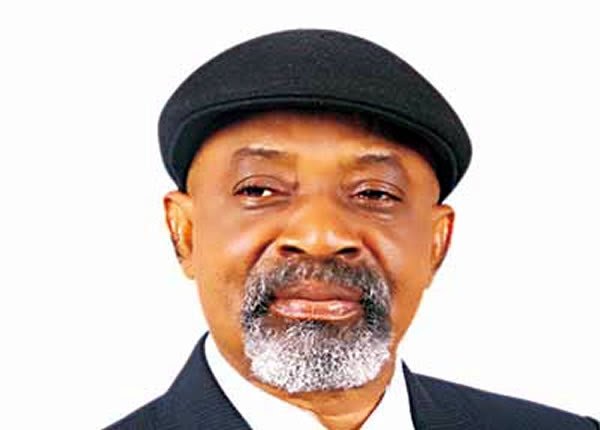 Pensioners under the aegis of Federal Parastatals and Private Sector Pensioners’ Association of Nigeria (FEPPPAN), has urged the Minister of Labour and Employment Sen. Chris Ngige, and the Registrar of Trade Unions to immediately register their association.

Honourable Justice Sanusi Kado, who delivered the judgement, stated that the Minister and the Trade Unions Registrar has the powers to register a new trade union/association, while he took a swipe at NUP’s demand, saying that the intent of the suit was nothing but to prevent an arm of government from performing its statutory function.

While he said that the NUP suit “lack merit” and have “failed like a pack of cards and deserved to be dismissed”, and described it as “premature and academic exercise and is hereby dismissed”, he conspicuously said, “In the case at hand the claimant (NUP) has not shown that the 1st and 2nd defendants (the Minister of Labour and Employment and the Registrar Trade Unions) have no power to receive application for registration of trade union or that of request for reorganization. It has not also been shown that the 1st and 2nd defendants have failed or neglected to exercise their statutory power. Rather what the claimant is seeking is to stop the 1st and 2nd defendant from performing their statutory function.”

According to a statement made available to journalists at a press briefing in Abuja and signed by Interim National President and General Secretary of FEPPPAN, Chief Temple C. Ubani and Franklin O. Erinle, respectively, the Association said that the NUP suit was intended to prevent the Minster and Registrar of Trade Unions from registering their association, FEPPPAN.

In part, the statement read; “We are members of the Federal Pensioners on Defined Benefit Scheme(DBS)Our membership comprises Federal Pensioners drawn from the following sectors: PHCN, Power, Health, Education, OPSRI,Universites, Transportation, Aviations, Private Sector etc have agreed to come together to form an Umbrella organisation called FEDPPPAN to pursue matters of interest to uplift our personal and collective welfare independent of the Nigeria Union of Pensioners( NUP).

“The emergence of this new pensioners’ association is predicated on the need to have an association that will squarely cater for the welfare and interest of all federal parastatals pensioners’, especially considering the fact that the existing Nigerian Union of Pensioners (NUP) has in no small measure failed in taking care of our welfare and interest. And for lack of familiarity with our peculiar circumstances, we can not be adequately represented by NUP. Above all, NUP in her operations has never protected our interest even though they collect our monthly check off dues in millions.

“And for the record, we the federal parastatals and private sector pensioners due to unbearable and unfair hostile treatment by NUP on various issues over the years, decided to bring to an end countless unattended complaints of our members and In view to pursuing peaceful coexistence with NUP, deemed it necessary to be on our own.

“At this juncture, we clearly want to state that our move and intent in forming the new pension center is within the ambience of the Trade Union Act, which is the law of the Federal Republic of Nigeria that oversees all issues concerning trade union/association as the case may be.

“Consequent upon our earlier application to the Federal Ministry of Labour and Employment for the registration of a new pensioners’ center, NUP kicked against it, and in a desperate move , instituted a court case against the Honourable Minister of Labour and Employment and the Registrar of Trade Unions in which Comrade( Chief) Temple Ubani of Electricity Sector; who is the Interim President General of FEPPPAN was joined ; praying the court to restrain the above organs of Government from considering our application for registration as a new pension union.

“Consequently; we are urging the Honourable Minister of Labour and Employment to immediately grant approval for the registration of FEPPPAN by the Registrar of Trade Union without further delay.

“We wish to use this medium  to express our profound gratitude and commendation to President Muhammadu Buhari GCFR; for his passion and commitment to the welfare of pensioners and other senior citizens in the country. We are grateful for his regular approval of funds for the payment of pensions since the inception of his administration. We congratulate him for his re-election into office for a second term. We wish him success.

“Also, we acknowledge Pension Transitional Arrangement Directorate (PTAD) for sanitized pension regime, improve welfare of pensioners and prompt payment of monthly pensions. We praise your efforts on the ongoing national verification of federal parastatals pensioners across the zones of the country and urge you to sustain the tempo.
We are equally calling on our members to cooperate with PTAD verification officials for smooth and successful exercise.

“However, we plead with the federal government to ensure that all the prevailing challenges of pensioners: including the payment of outstanding pension arrears, 33% pension increase of some of our members and importantly, enrollment of pensioners into the NHIS.”