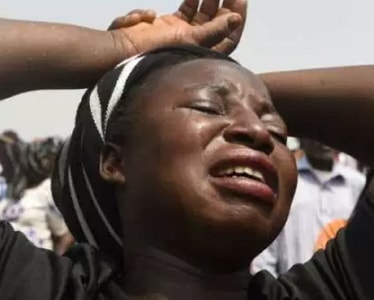 “Once you (an employer) fail to pay a worker his/her salary at the end of the month or as the case may be, you automatically have succeeded in undermining the sense of self-worth and confidence of the worker. And you have also sent a major psychological blow to not only the worker but the family members.” Says the Head of Information, Nigeria Labour Congress (NLC) Mr Benson Upah.

In recent times, there have been news of state government workers who committed suicide because they were owed several month salaries. According to news reports, they took their lives because they could not further handle the pressure and shame of their inability to meet their family needs and other responsibilities.

While many have called on state governments to as a matter of urgency, put a stop to the trend of non-payment of salary as at when due, Mr Benson Upah, in a chat with THE LABOUR, said:“First and foremost, I want us to understand the fact that the relationship between the employer and the employee is a contractual one, which is recognized by our laws. And even the holy Bible tells us that a worker deserves his/her wages.

“Labour creates value and for the value that labour creates, it should be paid for. That has been the written and unwritten rule over the millennia. And in modern times this is structured on a monthly basis in our own country.

“So, when a worker works, he or she by the end of twenty-eight, thirty or thirty-one days as the case may be depending on the the length of the month, expects that his/her income will come. Once that obligation from the employer is not met, the first impact in my view is economic hardship. Because it is from the salary that that worker pays for food, shelter, utilities, transportation, medicals, school fees and all the other things not yet mentioned.

“And when salaries are not paid on a regular basis, it means that the employer is undermining the sense of self-worth and confidence of the worker. In other words: the expectation of every worker is to receive his or her wage at the end of every month. Once you (an employer) fail to pay a worker his/her salary at the end of the month or as the case may be, you automatically have succeeded in undermining the sense of self-worth and confidence of the worker. And you have also sent a major psychological blow to not only the worker but the family members. And a person in such situation can think of suicide as the best option, especially when his financial responsibilities are piling up.”

In his further explanation, Mr Upah, said; “Some state governors will tell you that paucity of funds as a result of decline in allocation of the state, is the cause of the irregular nonpayment of salaries and pensions. But to me, that is a mere excuse; because payment of salaries is not contingent on surplus resources. Rather, It is depend on prudence, that is; efficient management of resources available to you as a governor. It is also contingent upon reduction in cost of governance.

“For instance; can you justify why a governor who is going from his or her state capital to another city of the state, go with 5 to 10 jeeps and many aides that add no value. Tell me why a governor should take an allowance for moving from one village to the next. Tell me why would a governor have 300 aides, what are they doing? Can’t the system create other jobs where these people can add value. There is no doubt they must cut down the cost of governance, if we must get it right.”

Furthermore, he said; “Beyond cutting down the cost of governance, we also have the issue of corruption. We have humongous corruption in the system. And prioritization of payment of workers is the most important way to go. The governors need to prioritize payment of salaries and pensions, because at the moment many of them make payment of salaries and pensions a secondary responsibility, and that is why we are having the issue of workers going home without the wage month after month and it is a very terrible thing. Finally, governors need to have the will to pay. Because it is seemingly obvious that many of them lack the will to pay workers.

“So in summary, we have the following things that governors in Nigeria need to do, to be able to pay salaries regularly. They are: prioritise payment of salaries, reduction in cost of governance, minimization of corruption and prudent management of resources. Again, governors must desist from ostentatious lifestyle. You go to some government houses, the level of opulence will shock you. On the other hand, many of them took to ridiculous projects; white-elephant projects that have no value, no bearing on the needs of the people. Why?”

Lastly, Mr Upah, said that; “Some governors sometimes will say; if they pay salaries how can they do projects? But between projects and salaries, which impacts more directly to the citizenry? The payment of salaries of course! Every family in Nigeria whether you are bachelor or spinster, you have a minimum of other two direct dependents and those two direct dependents have other dependents. So, it creates a positive wave on the economy.”