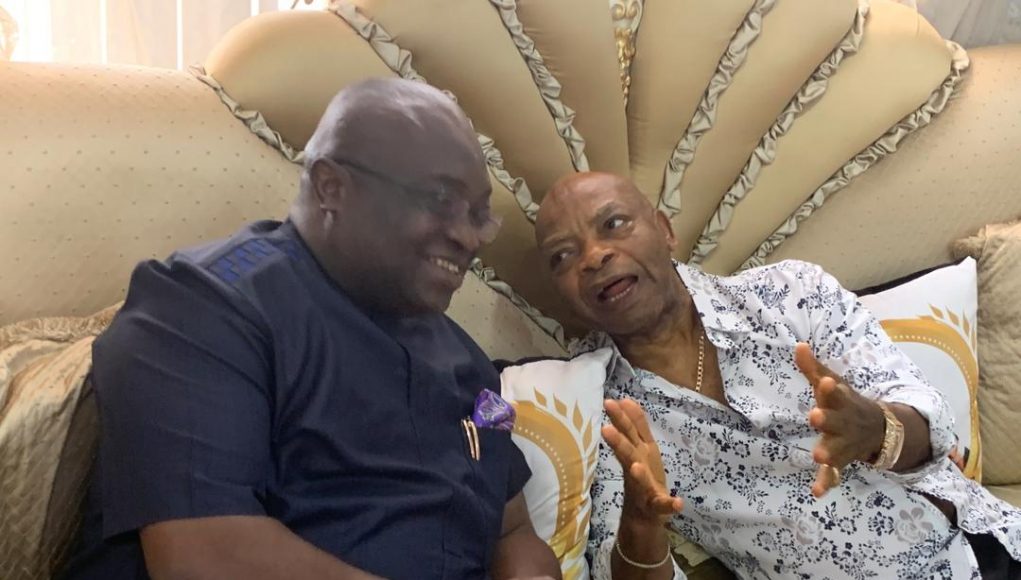 A Nigerian multi billionaire businessman and philanthropist from Anambra State, Prince Arthur Eze, has praised the Governor of Abia State, Dr Okezie Ikpeazu, describing him as a virtue of good behavior and a good representative of the future of Ndi Igbo.

According to a statement by Mr Enyinnaya Appolos, the Chief Press Secretary to Governor Ikpeazu, Mr Eze, made this remarks when he received Governor Ikpeazu at his Enugu residence, at the weekend.

Eze, went on to say that the Abia Governor who was re-elected for a second tenure at the recently concluded general elections has the character of a true Igbo leader like that of late Dr. Sam Mbakwe, Governor of Old Imo State.

“You’re a good man. Your humility makes people to love you. You also respect people. This is why Abia people love you. And they voted you again as their Governor. Please don’t change this good character.

“You have Igbo character like that of late Sam Mbakwe of old Imo State. Mbakwe took good care of Imo State when he was governor and you are doing the same thing in Abia today. That is why they love you. You are a good Igbo leader.

“You represent the future of Igbo nation. You in Abia, Governor Ugwuanyi in Enugu and Governor Dave Umahi in Ebonyi, you people must ensure that Ndi Igbo unite. I have seen that you people have the interest of Ndi Igbo at heart please unite our people.” Mr Eze, said.

Recall that Governor Ikpeazu, is the first Ngwa Man to Governor Abia State since the return of democratic rule in Nigeria in 1999.