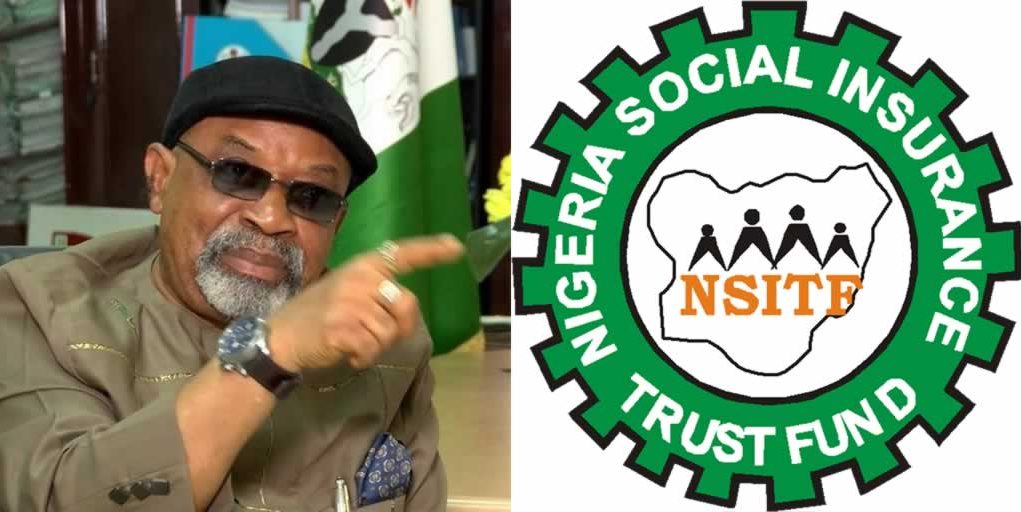 On March 9, 2019, the Minister of Labour and Employment, Sen. Chris Ngige, told journalists that the boards of the Nigeria Social Insurance Trust Fund (NSITF) will not be inaugurated alongside other agencies of government under his ministry. And he clearly stated that he has the full backing of President Muhammadu Buhari to stay action on inaugurating the board of NSITF.

And while he went ahead to inaugurate the boards of National Productivity Centre (NPC) National Directorate of Employment (NDE) Micheal Imoudu National institute for Labour Studies (MINILS), he however cited an ongoing Administrative Enquiry that was set up to investigate what he called “mindless looting of the agency” in the Fund, as the reason it will not be inaugurated.

According to him, “The NSITF is reeling from massive looting with no audited account for five years. A whooping sum of Five Billion Naira was unearthed by Audit Panel of Enquiring as having been taken out of the NSITF account with First Bank in one single day without vouchers. Worse still, the Organization maintained no cash book as required by Financial Regulations. This resulted in massive looting of funds by Board Members acting in concert with the management Staff.

“When we say N5 billion taken in one day, that’s not the only amount missing. Over N30billion Naira cannot be accounted for and the members of the past board participated actively in the looting. We want to know how board members who are not part of the management found their way so deep to have participated in plundering of the agency.

“Some of them, from the management and from the last board, including their chairman have been charged to court by the EFCC. So, we don’t want the new board to go into a stench; putting a new wine in an old wine skin. It will be polluted.

“That’s why the President agreed for us to do an Administrative Enquiry there to explain the total failure of the internal audit mechanism for checking that no money leaves the establishment without voucher and in this instance, over N30 billion missing and N5 billions of it without any voucher, no trace. It is unacceptable.”

But with these said, the Administrative Enquiry has been concluded and the report made available to various stakeholders. And stakeholders are wondering why the Federal Ministry of Labour and Employment is still unable to inaugurate the said board one year down the line, while many others are asking the Minister to tell Nigerians what is actually restraining him from inaugurating the board in question.

Worried about the seemingly lackadaisical attitude of government on this particular issue, which has created an impression in the mind of many that government is being insincere as to why it is yet to inaugurate the said board, the Nigeria Labour Congress (NLC), has directly told the federal government that non-constitution of the board “is not only a violation of the Act establishing ‘these bodies’ but a denial of the critical role of social partners in the management of ‘these boards’.”

NLC in an address presented at its 12th Delegates Conference held between 5th to 6th February, 2019 in Abuja by its President Ayuba Wabba, said; “As we gather in this Conference, almost four years down the line the following critical labour market institution boards are yet to be inaugurated. They are the NSITF and PENCOM. This is not only a violation of the Act establishing these bodies but a denial of the critical role of social partners in the management of these boards.

“Also, the National Labour Advisory Council has not been constituted thereby denying any avenue for tripartite consultation. No reason is good enough for this unhealthy development.”

And on a recent visit to Presidential Villa, Comrade Wabba, who led the organised labour comprising of the NLC and the Trade Union Congress of Nigeria (TUC) on a visit to President Muhammadu Buhari, urge the President to consolidate on the successes of his first four years administration by strengthening the relationship between Government and the organized labour.

Wabba also asked President Buhari, to immediately constitute the boards of the National Pension Commission (PENCOM) whose inauguration is being delayed by the Senate, the National Social Insurance Trust Fund (NSITF), and National Labour Advisory Council.”

In Wabba’s words, “These institutions are key pillars in labour – government relations. The activation of the boards will surely ensure our successes to date are taken to the next level. Please be rest assured we are ready and willing to do our bit.”

And in the same vein, the Director-General of the Nigeria Employers’ Consultative Association (NECA) Timothy Olawale, recently urged the Federal Government to strengthen the confidence that had been built over the years in government’s institutions, by inaugurating the boards of the Nigeria Social Insurance Trust Fund (NSITF), National Pension Commission (PenCom) and other relevant agencies without further delay, to avoid being seen as a government that abhors due process and rule of law.

To this end, the big questions are; is the clamour for the constitution and inauguration of NSITF and PENCOM boards not for effective functioning of these two agencies, and is whatever that is hindering their constitution insurmountable?