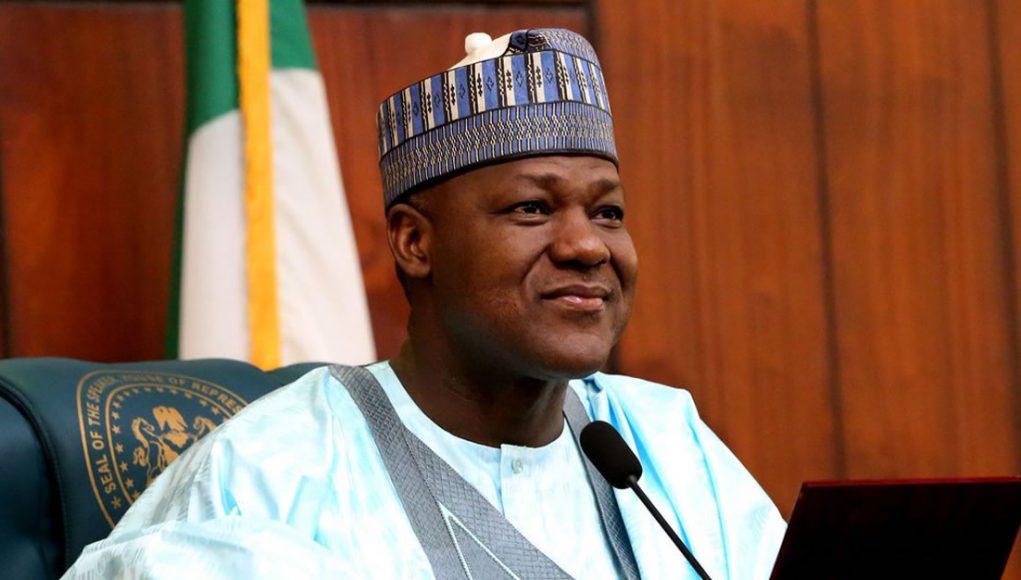 Nigeria’s Speaker of the House of Representatives, Hon. Yakubu Dogara on Saturday, 9th of February, 2019 alleged that Bauchi State Governor Mohammed Abubakar, defrauded the State the sum of N400 billion within the 3 and half Years of his administration.

The Speaker, publicly made this allegation when he spoke at a campaign rally in Dass, the headquarters of Dass local government area in Bauchi State on Friday, and added that the frauded was committed through ghost workers in the state civil service.

Dogara, went said he has a documented evidence to prove the allegations, should the Governor feel his claims were false.

He went on said that thousands of non-existent people were said to have been employed in 2015 shortly after the governor came into office.

Buttressing the Mr. Dogara’s claims, a statement from his media assistant, Hassan Turaki, stated that the said ghost workers are about 1,200 in number with salaries ranging between N39, 000 and N86,000 and above.

Accordingly, the statement reads: “A perusal of one of the documents indicates that not fewer than 1,200 people were said to have been employed and added into the state’s payroll beginning from July 2015.

“However, one of the ghost employees by name, Bappale Adamu, was said to have been born in 1899, which is 120 years ago and started work with the Bauchi state government on July 24, 2015 and will retire from the service in 2023.

“Another startling revelation showed that all the 1,200 workers, though have different names and dates of birth, have the same Bank Verification Number (BVN), meaning that their entire salary was being paid into one and same bank account under different names.

“The speaker also wondered how Bauchi State monthly salary skyrocketed from N2.6 billion per month in May 2015 to N7 billion without recruitment of additional workers, especially as the governor had early in his administration, fired thousands of political appointees engaged by former governor Isa Yuguda, which should have reduced the state’s wage bill drastically.

“He also accused the governor of diverting billions of local government funds in the last 3 and half years.

“The Speaker also recalled how the governor chased away contractors renovating Dass Central Mosque but failed to renovate it after repeated promises and revealed how he personally paid for the renovation of the mosque.

“It would be recalled that the Bauchi state Government had owed workers more than one year salaries following series of verifications allegedly to remove ghost workers from the state’s payroll by the present administration at its inception in 2015, but sadly, shortly after that, the monthly salary bill increased from N2.6 billion to about N7 billion.