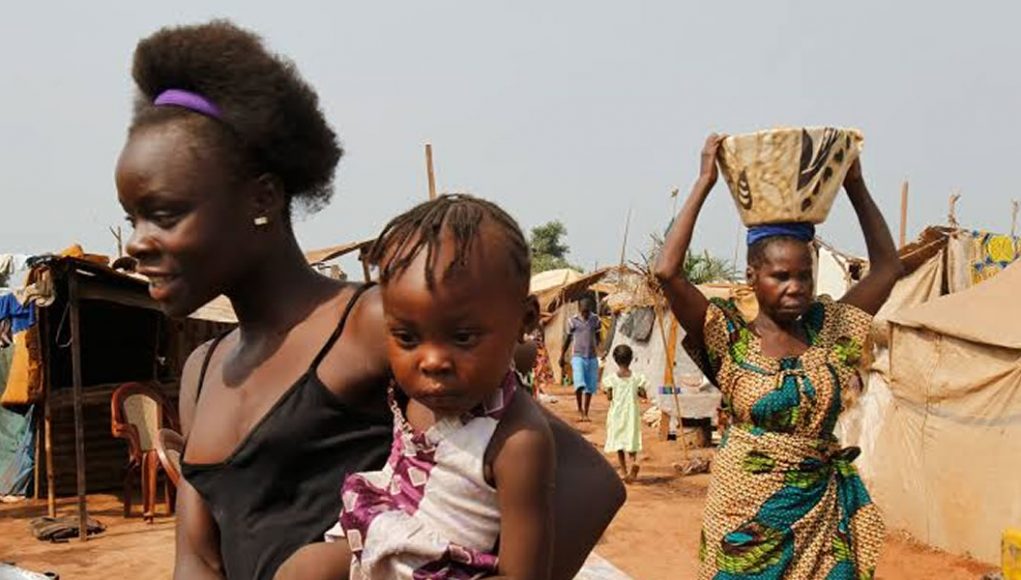 According to Dr. Vera Songwe, the United Nations Under-Secretary-General and Executive Secretary of the United Nations Economic Commission for Africa (ECA), “An Africa in search of growth cannot afford the luxury of camps of unproductivity. An Africa needing to embrace the fourth industrial revolution cannot keep its kids out of schools. An Africa in search of peace cannot exist alongside recruitment camps for violence. An Africa that wishes to value its women and kids cannot keep hundreds in a state on entrapment.”

In her statement at the 34th Ordinary Session of the Executive Council of the United Nations Economic Commission for Africa, at the AU Headquarter in Addis Ababa, Ethiopia, tagged: “Refugees, Returnees and Internally Displaced Persons: Towards Durable Solutions to Forced Displacement in Africa”, Dr. Songwe conspicuously express worry that the dream of a better Africa, with safety of life and property, prosperity, decent job and a better future for her teeming youth might not be achieved if a huge chunk of Africa’s population are either displaced or in refugee camps.

“Our Union have 14.7 million internally displaced people and 7.3million refugees. That is a total of 22 million people who all share a variant of this story. In the first six months of 2018 only, 2 million new people were displaced, mainly from 5 countries: Central African Republic, Nigeria, South Sudan, Democratic Republic of Congo and Somalia.

“How do we as a Union create the Africa we want if without shame or humiliation we let our youth, our young women lament in camps? How do we as a Union raise our voices with indignation about the treatment of our youth as they flee the continent and are rejected on foreign shores if without conscience or creed we deprive them of peaceful residence in their own countries? The basic right of every citizen.

“Today, Children and young people suffer disproportionately as IDPs and refugees. They are excluded from schools and opportunities for productive employment. In 2017, children below the age of 18 constituted more than 60 percent of the refugee populations in Burkina Faso, Chad, Congo, DRC, South Sudan and Uganda. The United Nations High Commission for Refugees (UNHCR) estimates show that refugee children are five times more likely to be out of school than non-refugee
children.

“Such exclusions are in response to fears by host communities of displaced people taking available jobs, of broader destabilization in often fragile political situations, and concerns that the provision of economic opportunities would attract more displaced people in search of safety and livelihoods. These perceptions reinforce the politics of anger, distrust, condemnation and exclusion, accentuating a vicious cycle that does little to stimulate productive approaches to engaging in a future likely to include a large, quasi-permanent, global population of displaced people.” She said

Explaining the adverse effect of having such huge number of persons that ought to be contributing to Africa’s economic growth in displaced and refugee camps, she said; “If we are to put the numbers into perspective, 22 million refugees represent twice the population of Tunisia, it is close to the population of Ivory Coast. The GDP of Tunisia today is about $40 billion dollars, twice that is 80 billion dollars, the GDP of Ivory Coast is $40 billion.”

Onward, she elucidated; “if the populations could be as productive as some of our most productive societies like Mauritius whose GDP is 12 billion with a population of slightly over 1.2 million people, these means with only a third of our refugee and IDP populations we could add another $42 billion to Africa’s GDP. We cannot afford to let the $80 billion dollars of Africa’s economy go to waste in camps. The benefits of the CFTA must benefit those people too. They must have an identity and they must be able to engage. This, Excellences, is the economic cost of the forgone education of ‘Zainab’, a leader is lost and a society is poorer.”